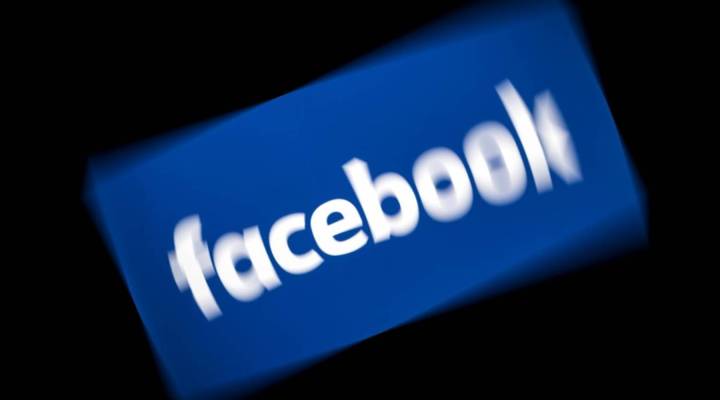 Molly Wood, host of Marketplace Tech, is an ongoing contributor to Wired’s Ideas section. Her latest column is below.

Facebook’s “Memories” feature — where it shows you pictures and posts from a day in the recent or far-gone past — used to be my favorite thing about the platform. I mean, I have posted some hilarious things that my son said when he was little, and that time I went on a reporting trip to Area 51 was seriously cool. Heck, I’ve re-posted it three years in a row.

Now, though, I think Memories is the platform’s most cynical element. It’s a cheap ploy to keep us creating new posts, keep us interested, at a time when our interest is starting to drift away.

And my regular re-posting introduces a bit of a plot twist, here. The “Memories” feature might work in the short term to keep us coming back, to keep us re-posting, to keep retraining its algorithm as to what memories we really value but, long-term, it’s Facebook’s Ouruboros—the snake that eats its own tail.

If at some point, when we stop posting anything new, Facebook will inevitably hit Peak Memory, and the site’s News Feed will collapse upon itself, a heap of re-posted content from the year before, the two years before, the four years before.

I don’t know what’s happening on your feed, but it feels like we’re getting close. A recent scroll through mine showed some updated profile pictures, a handful of Instagram pictures that were cross-posted to Facebook and no less than five memories. I suspect if it hadn’t been spring break and Easter/Passover, there wouldn’t have been much new there at all.

Let’s be honest, oblivion is the fate this feature — and all of Facebook, really — deserves. In light of the constant flow of revelations that show just how much Facebook views our contributions to its database in terms of cold dollars and opportunity for monetization, it’s no surprise that turning your nostalgia into a digital economy was a cynical calculation from the start. Offering you a memory from days gone by every day so that you’ll share it out once again can, I guess, be called “engagement,” but it’s pretty cheap swill.

And since the News Feed is already a bit of a wasteland of algorithmically curated dreck that fits your predetermined filter bubble, perhaps Peak Memory will lead us on a slide down into the Slough of Eternal Repetition, which finally be the end of our time on Facebook altogether.

Obviously, this was not supposed to happen. See, around 2015, an app called Timehop had hit 6 million users by pulling in photos and posts from across the web and aggregating them into memories (it’s still around, by the way; I think I might try it!). People loved it. And shortly after that milestone, Facebook copied it almost feature for feature, down to the colors of the edges of the photos, according to its creators.

As it happens, by 2015, Facebook was already aware that original sharing on the platform was in a steep decline. People were visiting Facebook, but they weren’t posting, and this 2016 piece from The Information cites “On This Day” as one of many tools the platform rolled out to juice people into sharing more.

It was a blunt instrument. It would show you exes and dead relatives and horrible news events until it became sort of a dark joke how often it backfired, and the company slowly started adding filters and controls so you could exclude things from it or turn it off altogether.

These days, “Memories” is newer and more improved with more AI. That’s right, your nostalgia is now being used to train the machines. Facebook is using artificial intelligence to determine whether a given memory might actually be a bummer, a good memory gone bad, a photo of a deceased person with a memorial page on the site, or something along those lines. (Triviality does not seem to be a disqualifying filter, leading to another question apparently unasked at Facebook: Just because it happened, do I need to remember it?).

But here’s the thing. At some point, I started to realize that I was out of things I actually wanted to share with Facebook. Now, when I go there, it’s because I want to post something promotional to my public page (sorry), or maybe check in on some (sorry) older relatives who still use it to tell me what they’re up to. Me, though? I’ve got nothing to say, except on the off chance there’s a cute memory (usually something related to my kid) that I want to re-up.

In fact, I went and looked at my profile as I was contemplating this column, and wouldn’t you know it, nearly everything there was either a memory I’d re-posted, a memory someone else had posted that I’m tagged in, or an assortment of articles that people had tagged me on so I’d be sure to see them. In fact, on a memory I shared back in January, I’d written, “These might be the only reason I’m still ON Facebook, really.”

But even that won’t last, because I’m no longer feeding the beast. I don’t want my son to be consumed by the robots, and I’ve pulled farther and farther away from Facebook myself. So at some point, the platform will start to lose value even as a resurfacing agent—after all, what good are the memories I’ve already seen a hundred times?

Facebook turned memory into an economy because it seemed to work, in the short term. It certainly adds to the pile of information about you. We’ve got to assume that every time you choose to re-post a memory, you’re signaling its importance in some way, and all of that is getting added to that mysterious profile on you that you can’t quite access or get control over, but that’s being used to target ads to you with uncanny precision.

And that’s how we get to 2019, when CNET writer Tim Stevens is tweeting about how a Facebook memory post from 2012 was followed immediately in his feed by an ad for the very same car he had posted about back then.

So, on the one hand, “Memories” has started to feel gross — tainted by all the things that have tainted Facebook in general. And worse, if content is king, the memories-driven throne is pretty shriveled. That is to say, a News Feed full of other people’s nostalgia is ultimately as boring as being subjected to slide show of someone’s summer vacation used to be.

Maybe it doesn’t matter to Facebook, because so many new memories are being created on Instagram every second. But increasingly, people are sharing Stories on Instagram, and those ephemeral posts are gone in 24 hours.

What if Facebook’s ultimate fate is to become a sort of digital time capsule, but one that mirrors a physical capsule: frozen in time and getting dustier and older with each time we decide not to top it off with new content?

I’ve got a basket full of old photo albums under the bed that are dusty and probably have at least a couple of dead spiders in them. It sort of feels like that. I always think I’m going to look at them and remember the good old days, but at a certain point, I’m not as interested in what came before as I am in what lies ahead. Facebook may have the memories, but it’s definitely the past.