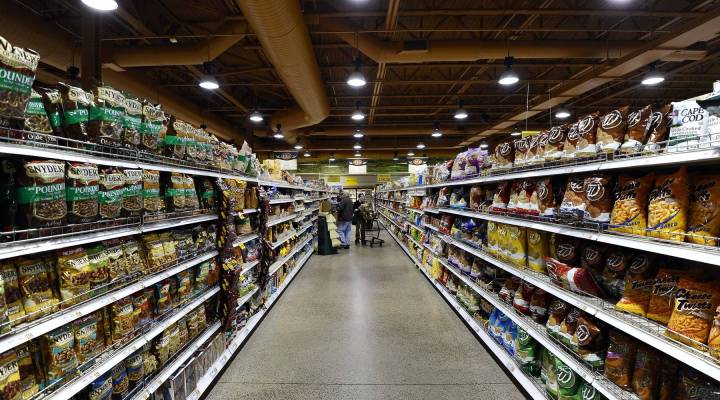 The Publix Super Market in southeast Orlando is, at first glance, a standard American grocery store. It’s a well-lit space with a pharmacy, a fresh produce section and more than a dozen aisles lined with neatly stocked shelves of cereals, beverages and canned goods, among other grocery cart items.

But along the periphery of the store you see something a little different: An employee is standing behind a sandwich station, preparing a made-to-order hot sub for a customer. Another is adjusting the price sign at a nearby prepared foods section featuring hot wings, potato wedges and gouda mac and cheese.

“You can taste anything you want to taste. You can have a slice of anything,” said Publix media and community relations manager, Dwaine Stevens, while taking me on a tour of this location one weekday morning.

He pointed to the bakery section, where workers wheeled carts of dough and icing, preparing to decorate cakes. At another Publix location a short drive away, store employees were packaging hand-rolled sushi. We could watch the food being made or, if we wanted to, place an order online.

Across the country, regional grocers, like Publix, are introducing tailored options to distinguish themselves. It’s part of their survival strategy, as price-driven national and international players vie for a larger piece of grocery industry market share. Walmart is now the country’s biggest grocer. Amazon, which owns Whole Foods, is reportedly planning to open dozens of new, separate grocery stores. European discount supermarkets, like Aldi and Lidl, are also expanding in U.S. cities.

Many regional grocers are struggling. The parent company of Winn Dixie, which operates about 500 stores across the south, filed for bankruptcy last year and closed dozens of locations. The company announced in March that it will be closing seven more Winn Dixie stores this year. Still, customers like Jim Milam in Orlando continue to shop at Winn Dixie. Milam, who is in his 80s, lives on a fixed income and gets enough money from his monthly social security check to spend about $80 on groceries every month. Milam is always on the prowl for a deal, and also frequents Walmart and Family Dollar.

But he finds himself buying food from his neighborhood Winn Dixie a couple of times a month, as he’s done for the past 50 years.

“I only live, you know, six blocks away,” he said. “If you get into Walmart, it takes you almost an hour to get out. People go in there and they have two carts. It’s a good place for price, but not for shopping.”

Convenience and innovation were the key reasons regional supermarkets once dominated the American grocery market. These stores brought together, in one place, the products and services that consumers used to have to go different places to buy. Piggly Wiggly, one of the first modern supermarkets, which opened in Memphis in 1916, pioneered a self-service shopping model.

Before then, the shopping experience was different.

“You had to go to the counter and talk to a clerk and they would pull your products for you. You couldn’t really like go and touch and feel what you were gonna buy,” said historian Benjamin Davison.

By the 1950s, grocery chains were hitting their stride. They offered amenities, like parking, and their purchasing power meant lower prices. Today, convenience isn’t enough, so regional grocers have to specialize.

Publix, which owns more than 1,200 stores in the South, seems to be successfully navigating choppy waters. It posted higher sales in 2018 and just paid a dividend to its shareholders. The store offers online grocery delivery through Instacart. Store associates help customers carry groceries to their cars, too.

Dwaine Stevens, who has been with the company for 40 years, said adapting store offerings to community needs has been another part of the Publix approach.

“We have different versions of our stores with different sizes. It’s not a cookie cutter approach that we take,” he said.

Wegmans, another regional grocer, offers in-store cooking classes and recipe cards, inside the store and online. Hy-Vee, in the Midwest, has hosted fondue nights and brought in dietitians to speak to customers.

“The winners are really building deeper customer relationships creating physical in-store experiences that can’t be digitized,” said Randy Burt, partner at the consulting firm AT Kearney. “You see a really strong focus on the customer, you see a focus on the shopping experience a lot of which is interaction with store associates and you see a focus on really innovating the food offering.”

Big regional chains are also trying to find new niches. Publix is piloting a store in Tallahassee and other locations called Greenwise, which sells organic foods. Winn Dixie has started retooling some of its locations as Fresco Y Mas stores to better serve Latino shoppers. 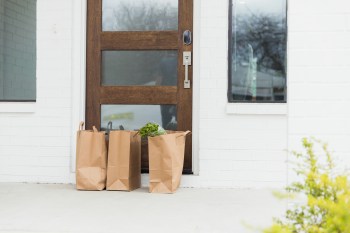