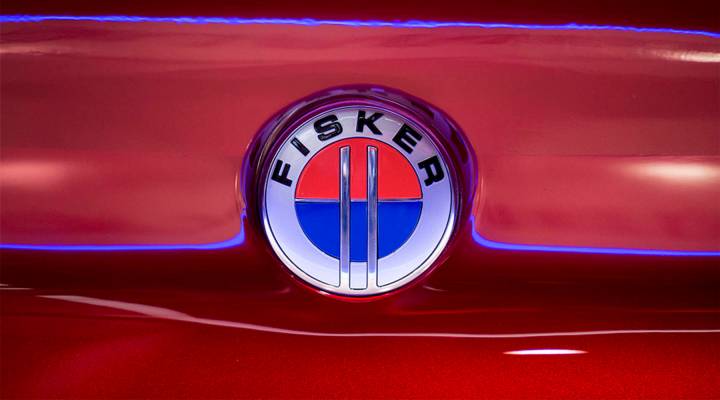 Hot on the heels of Tesla’s Model Y announcement came news that carmaker Fisker Inc. also wants to make an electric SUV at about the same price of $40,000.

Celebrated sports car designer Henrik Fisker started his own luxury electric vehicle company in 2007. For a while, it even seemed he had the edge over rival Tesla. Then came production of the Karma in 2011. The $100,000 plug-in sports car was widely panned and barely sold. It would take a whole lot going right for the Fisker  SUV announcement to mark any kind of real turnaround.

Marketplace’s Jed Kim talked with Chelsea Sexton, an electric vehicle industry adviser and advocate, about the company’s rocky history. The following is an edited transcript of their conversation.

Chelsea Sexton: [Fisker Automotive] ended up going bankrupt, and the assets were bought for a fraction of their value by a Chinese firm who has reinstated the company as Karma while Fisker retained his name. He is now trying again, promising a $40,000 SUV with 300 miles of range, inside of two years with a not very large company to begin with, zero details about who he’s using for his technological or propulsion support and no manufacturing plant. I think I’m probably not one of the only ones that’s a little bit skeptical on the promise.

Jed Kim: Why do you think he’s making the move to an SUV?

Sexton: I think he’s trying to raise money. Generally speaking, when we see these big, bold promises from any of the startups — and there are many now, and Fisker is still a relative startup — it’s usually an attempt to garner media attention and therefore raise funding. And it takes, on average, well over $1 billion to launch a car.

Kim: If this SUV is a means to an end, what is the end that he’s trying to leverage?

Sexton: What’s interesting is that he is doing the reverse model of Tesla and everyone else, or is now claiming to, where originally and what most do is start with a higher-end vehicle and try to work their way down into something that’s economically affordable. The higher-end vehicles produce more profit and therefore fund the next one down the chain, just like [Tesla’s] Roadster and then Model S and X and now down to Model 3. He’s now saying he’s going to hold off on the premium car until after he delivers this affordable SUV and go the opposite direction. That remains to be seen if he can deliver either one of them in any volume and certainly take care of the after-service and after-sales kinds of needs that always get overlooked.

His endgame ultimately has to be credibility. He’s lost most of that in the last several years, in terms of being an actual automotive producer or CEO of a car company. He is still a pretty designer. That’s never really been in question. But whether or not he will ever be more than that is something he still has to earn.

Fisker’s been promising a hot new vehicle for a while, but it was originally going to be a sleek sporty sedan, the Emotion. We’ve known since September that the flagship vehicle would have to wait. That’s when Henrik Fisker told CleanTechnica a vehicle at the lower $40,000 price point would come first. He just didn’t say it was an SUV.

He also talked about the solid-state battery he said the company is developing as its other main focus. The battery would replace lithium ion technology. Solid-state batteries are a holy grail of sorts for EVs, promising driving ranges way beyond 300 miles and charging up in a matter of minutes.

Fisker Inc.’s batteries were originally scheduled for next year. But Green Car Reports says it’s looking more like 2022 at the earliest. Fisker said in an email to those reporters: “initial timelines have always been targets.” Targets, not promises.