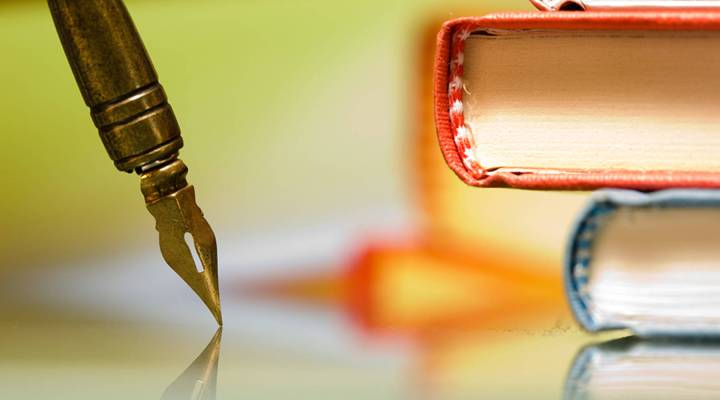 Every day, the editors at Marketplace put together what we call “the numbers,” a daily segment on the show that gives listeners a snapshot of the stock market. This includes the S&P 500, the Dow Jones Industrial and other market indicators.

Since we think World Poetry Day is just fine, let’s do the numbers … in rhyme.

Levi Strauss, the maker of jeans,
yearned to be back in the market, it seems.
Stone washed, unwashed, ripped to vent,
with its IPO, Levi’s zipped up 31.8 percent.

A rose by any name might smell as sweet,
but would an Apple on Wall Street?
Today it announced new AirPod tech,
investors said, “Hey, Siri,” check!
Apple took the compliment,
its stock today up three and two-thirds percent.

For Facebook, Emily Dickinson would have had no use,
because she was a poet recluse.
But had she felt the need to post, she might have been perplexed
to learn her password could be stored as readable plain text.
Facebook still up a third of a percent, it says passwords stayed inside its system
that nowhere else did it list ’em.

Two roads diverge for makers of chips,
one a road with sales that slip,
but Micron Tech (added nine and six-tenths percent)
beating quarterly expectations
the company says adaptations
and rising chip sale calculations
… made all the difference.

Poets find no muse in bonds,
they’d rather riff on flowers and ponds.
The 10-year T-note does not care.
Today’s yield landed at 2.53 percent, so there.