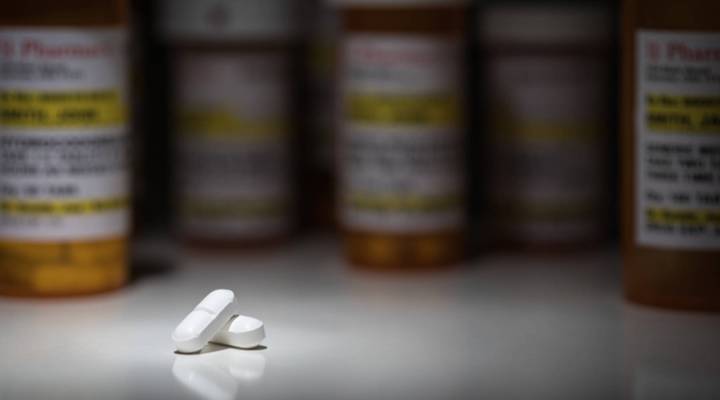 COPY
Contaminated supply chains, natural disasters, and the bottom line are just some of the reasons why basic drugs are in constant shortage.  Feverpitched/iStock/Getty Images Plus

Contaminated supply chains, natural disasters, and the bottom line are just some of the reasons why basic drugs are in constant shortage.  Feverpitched/iStock/Getty Images Plus
Listen Now

Rowan Price is a regular, giggly 3-year-old who likes the movie “Frozen” and playing with dolls. But unlike most toddlers, she’s being treated for a rare form of leukemia.

Her mom, Mandy Price, says it’s hard to convince her young child to get chemotherapy, so she tells her daughter she’s getting magic medicine to help her accept the difficult infusions. “Once she gets her chemotherapy, she gets princess powers and she plays like Elsa from ‘Frozen’ and freezes people,” Mandy said.

Rowan was diagnosed last fall and started treatment immediately. Her first round of chemotherapy meant 10 days in the hospital. For her second round, she needed an older chemotheropy drug, Mitoxantrone. Rowan was with her family when her oncologist came in with some news.

“We were going to be discharged home because they could not get the chemotherapy drug, because it was on back order,” Mandy said. The family went home and waited for the hospital to track down the back-ordered drug. While Rowan was happy she didn’t have to have treatment, Mandy and her husband were devastated.

These types of shortages are more common than you may think. At any given time, more than one hundred types of common prescription drug could be unavailable to patients who urgently need them.

Yoram Unguru, a pediatric oncologist at the Herman and Walter Samuelson Children’s Hospital at Sinai in Baltimore, Maryland (not the hospital where Rowan was being treated), says he regularly faces shortages. “It’s not like we treat kids with cancer with one drug; we use regimens or cocktails, and to take one drug out, you’re not giving that kid the lifesaving regimen that he or she may need,” Unguru said.

The current shortage isn’t restricted to chemotherapy drugs. It extends to common drugs from the topical anesthetic, lidocaine, to injectable Benadryl that prevent allergic reactions. The reasons are many: the hurricane in Puerto Rico left saline IV solutions low; an overhaul of a Pfizer manufacturing plant left sterile injectable pain killers in short supply; and some blood pressure medications, like valsartan and losartan, have been recalled due to unacceptable levels of a carcinogen.

Erin Fox, the senior director of drug information and support services at University of Utah Health,  tracks drug shortages. She said the current shortage was affecting common hospital medications. “These are products that are used in almost every single patient. And so that makes it tricky and it makes it feel much worse,” Fox said.

A 2017 survey by the Institute for Safe Medication Practices found that 300 health care providers reported drug shortages had affected their patients. Electronic medical systems can changes to standard hospital protocol a bureaucratic nightmare. But Fox says that hospitals and doctors usually can figure out a workaround.

“Everyone hates to talk about rationing, but that’s really what we’re doing,” Fox said. “How we can use the medicine that we have? So let’s think about the patients that get the most benefit from the medication and kind of work backwards.”

A 2017 report from The Pew Charitable Trusts and the International Society for Pharmaceutical Engineering found that drug shortages cost hospitals almost $230 million per annum in additional costs. For doctors like Unguru, however, paying more for an alternative drug isn’t always an option.

“I can’t just swap out with something because there isn’t anything else I can swap out with. And so to say that there’s a workaround — while it’s true in some situations — in my world, oftentimes, it’s not,” he said.

An FDA task force, launched last year, is looking at ways to mitigate shortages. Keagan Lenihan, who leads the task force, said that manufacturers may need incentives to make the drugs that are life-saving but not very profitable. “The hope is that we use the levers that exist to keep those actors in the market,” she said.

Until then, patients like Rowan just have to wait. Her mom, Mandy, says the hospital tracked down her daughter’s chemo drug after about four days, but the wait wasn’t easy.

“What it does to us as a family, and to her, as a little girl who you have to like convince that it’s OK to go back to the hospital, and convince her that it’s OK for them to do things that are going to hurt her to make her better … that was the most difficult,” she said.