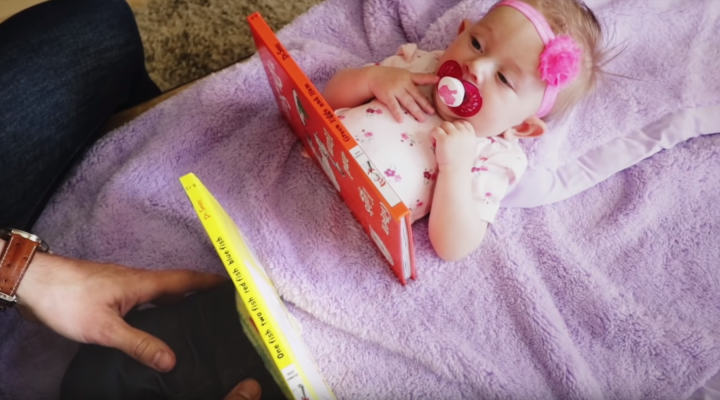 A shot from one of magician Justin Flom's most popular YouTube videos. In it, he saws a baby in half. Courtesy of Justin Flom

A shot from one of magician Justin Flom's most popular YouTube videos. In it, he saws a baby in half. Courtesy of Justin Flom

What if your 9-to-5 job was dependent on secret-keeping?

For centuries, magicians have practiced the art of deception, quietly passing down illusions in order to keep their livelihoods intact. But in the age of the internet, when a secret can be looked up easily, and tricks can be taught by online tutorials, the business of magic is not so secret anymore. And some in the field would argue that’s a good thing.

“Once the internet came into play as a tool [magicians] could use, you had an explosion of entrepreneurship,” the journalist Ian Frisch told Kai Ryssdal during an interview about his new book, “Magic Is Dead.”

The book chronicles Frisch’s initiation into the magic business. Frisch found that the old ways of performing magic and presenting oneself as a magician changed dramatically in the digital era.

Although relatively new to the magic world, Frisch is not the only one to notice the shift. Justin Flom is a second-generation magician who’s watched the evolution of the magic industry firsthand.

Flom grew up doing stage magic but has found success within a new generation of magicians, attracting more than one billion views on his social media channels and appearing on numerous late-night television shows. Some of Flom’s most popular illusions include the sawing of a baby in half, and his inviting an audience member to shoot him up the nose with a BB gun.

“When I was growing up, we would have to wait a month before seeing a new trick,” Flom said. “Now, you can go online and ingest a decade of magic in a day.”

A market for secrets

Better access to magic illusions online — in the form of videos, images, and multi-step guides — has created a more relentless demand for tricks. Flom said he needs a lot more material than he did 10 or 20 years ago; once a trick is broadcast on TV or online, it’s no longer seen as new or fresh. “Because of all of the online videos I do, I use up my material pretty quickly,” he said.

Flom creates many of his own illusions, but to meet the increasing demand for content he also purchases tricks created by other magicians from dedicated online magic stores. Xavier Spade, a magician and consultant, started LostArtMagic.com a few years ago. Spade works with other magicians to create and produce tricks. His videos outline how to successfully perform an illusion that audiences can watch online. He also sells props.

Depending on the production value of the video, or the risk inherent in the trick, Spade’s products range between $2 and $100 in price. “[Tricks] that include fire, or putting something in your mouth, are priced higher because it deters younger people from buying it,” he said. Spade currently makes most of his money from selling tricks in this way. He was able to brand himself and make his business financially viable by promoting it across his social media channels.

“Before I started social media, it was really hard to make ends meet,” he said.

One type of magic hurting from the rise of the internet is stage magic, according to Tim Clothier, the CEO and founder of Illusion Projects, a company that designs custom props for magic shows and Broadway productions. Clothier said the magic industry had changed significantly in the last 20 years, but that it wasn’t necessarily a bad thing.

“I’m happy that it’s moving forward and it’s pushing us,” he said. “Magic could’ve stayed where it was and the world could’ve changed … and [magic] could’ve just gone away.”

Clothier said about 60 percent of his business came from magicians across the globe looking to develop large-scale illusions. He is brought in to consult on, design, and often invent a magical effect — think sawing a woman in half, or making a helicopter disappear. He’s designed props that range in price from $10,000 to more than $100,000 for famous magicians like David Copperfield and Criss Angel. However, he said a lot of the younger magicians just aren’t as interested in this type of magic.

“What I don’t see is a lot of up-and-coming guys doing the illusion magic,” he said. Clothier has found other ways to use magic in his business, though. He works with clients like Disney and Cirque du Soleil to create interactive installations that look and act a lot like magic, only without a magician.

“Magic is becoming a tool for other entertainment creators to use,” he said. “They’re always looking for ways to tell a story, and grand illusions have become an interesting tool for them. Sometimes you don’t even know you’re looking at a magic trick.”

From live show to video, and back again

Griffith prefers filming tricks in front of the camera to performing them live. He thinks it’s more visually appealing for the type of magic he does. “If I’m out and about I may be limited to what I can show someone,” he said. “On Instagram, I’m in control of my environment.”

While some magicians thrive in the realm of social media, others work best in a live performance environment. Longtime Las Vegas headliner Mac King has held a residency doing two shows per day, five days per week at Harrah’s Showroom for 19 years. A rule at Harrah’s when King is performing? No video allowed.

“Magic is not like music, or seeing a painting. Part of it is the trick,” magician Mac King said. “Part of it is being fooled … that you can’t explain what’s happening, and you sometimes get giddy over this impossibility.”

“There are some genuine surprises I don’t want to be spoiled,” he said. “You have to come and see it because part of what I’m selling is a genuine interaction with human beings.”

King is on social media, but he doesn’t use it to show off his tricks or sell his image. “The only thing I’m really selling is the live show,” he said.

Magician Dan Sperry doesn’t mind working on his digital presence, but prefers live interactions. “I’d rather spend time at my laptop putting out contracts and booking flights for tours,” he said.

Another way magicians use the internet is to connect with existing fans. Shock illusionist Dan Sperry has gained much of his fame from television appearances over the years. Social media provides a way for him to connect with his international fan base between tours. “Because I’m not over there all of the time, it makes me accessible in that way,” Sperry said. “These platforms kind of act as a newsletter, in a way, for me.”

Sperry has had viral success with some of his performances online, but he still prefers the kind of magic done before an audience.

However, those in-person experiences aren’t always possible for the audience, Spade argues. “If you don’t have access to anyone who is going to do [magic] live for you, then [online] is the best way for you to get to it, and that has to be OK,” he said. “There are people in other countries that don’t have magicians, and all they have access to is a computer at a library, so the way they consume magic and enjoy it is fine, it’s good.”

Where does magic go from here?

While Flom has found much success in the digital world, he makes most of his income on live performance, traveling across the country for about 100 shows per year. He worries magic may get to a place where it’s only consumed on a screen. “I would hate to see magic become an art form that doesn’t work in real life because we’ve only built it for the camera,” he said.

However, he does believe that the market will correct itself and there will be a trend back toward live performance. “With the amount that we’re on our digital screens, the live interaction with people becomes more valuable,” he said.

Clothier said he thinks there could even be a new resurgence of illusions in the digital era — the secret, he says, is to remain connected with the audience. “What’s been good about magic, always, is that it can really connect with people on a personal level,” he said. “If there’s a way to still do that, to keep connecting with people on that level, then I’m all for it.” 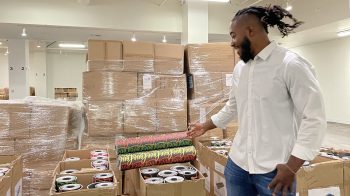