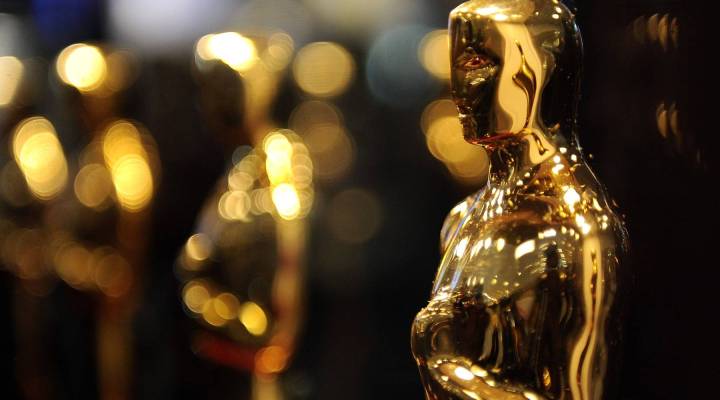 The 2019 awards season is entering its final stretch. The Oscars will take place on Feb. 24, bringing the season to its official close. And while the Oscars may be the most watched and the most prestigious of the award shows, it’s far from alone. This season, we have already made it through the Emmys, the Golden Globes and the Critics’ Choice Awards.

Winning even just one of these statues can be a career-making event for talent on and off the screen as well as a big boost for the studios.

“I’d compare winning an Oscar to a team winning the World Series or the Super Bowl,” said Evan Hoffman, senior industry analyst at IBISWorld. “Everyone associated with the success shares in it and as a result gets a bump of goodwill. Key players (lead actors/actresses/directors/producers) would likely become more sought after which increases their bargaining power to demand higher wages in future projects. But even non-key players would be able to tout their contribution to the success.”

For studios, winning an award can often lead to higher box office sales or DVD sales. According to Vanity Fair, “Moonlight” earned an extra $2.5 million at the box office the week after its win for Best Picture in 2017, bringing its total box office sales to $25.4 million. That’s what Hollywood calls an “Oscar bump,” especially since the movie cost just $1.5 million to make.

“When it comes to the major blockbusters, for a lot of studios the real reward is in the box office,” said Paul Dergarabedian, senior media analyst at Comscore, a global media measurement company. “Let’s be honest about it, it’s about making a billion dollars on a huge superhero movie worldwide or even $2 billion. That in and of itself is a reward. It’s certainly not like getting a statue but it’s certainly important to studios. What winning awards can do is a studio can use those or even nominations, not just winning, studios can use those awards or those accolades to market their films. If a film is currently in contention for an Oscar or a TV show is nominated for an Emmy, those studios or those distributing that content or the network itself can use that as a marketing hook.”

Hoping for an Oscar bump, studios pour hundreds of millions of dollars into campaigning for various nominations and awards. Studios have been estimated to spend as much as $10 million on some campaigns. That includes paying for PR consultants, advertising before and after the awards show, film screenings and DVD/digital screeners.

The stars also commit to attending screening, luncheons and other events in order to campaign for themselves and the movies they star in. As for the “below-the-line” talent like cinematographers, costume designers and production designers, they also have to campaign on their own behalf.

Winning prestigious awards can be a blessing and a curse, according to Danica Pupa, a physical production agent at the APA Agency.

“For clients that are underexposed or are newer, having that awards exposure can really make a difference in terms of moving the needle for them,” she said.

A few years ago, two of her clients — production designer Hannah Beachler and cinematographer Rachel Morrison — worked on “Fruitvale Station.” The movie went on to get 54 nominations across a variety of categories and helped gain visibility for Pupa’s clients, who have since worked on higher profile projects like “Mudbound,” “Moonlight,” and “Black Panther.” This year, Beachler was nominated for an Oscar for her production design on “Black Panther.” She is the first African-American to be nominated in that category. In an interview with the New York Times, Beachler said she is grateful to Ryan Coogler, who directed both “Fruitvale Station” and “Black Panther.”

“When I met him, everything changed,” Beachler told The Times. “He’s my filmmaking family.”

In addition to gaining visibility, sometimes awards can lead to higher rates, Pupa said. But that’s not always guaranteed.

“It’s not substantial, or often not substantial, and it is still dependent on the project,” she said. “One of my clients did a big movie for which he won an Oscar and then did a much smaller film as the project immediately after that. Of course, because it was a much smaller budget, he didn’t even make what he made on the Oscar winning film.” His pay bump came on the project after that when he went to work on another big studio picture. “When it’s apples to apples and it’s just big studio pictures, you can probably get a bump or if they are indie films that are roughly the same budget size,” explained Pupa.

Many of the jobs in Hollywood are project-based, meaning that people often find themselves in-between jobs after their current projects end. And while winning an award such an Oscar can raise someone’s visibility and get them to be considered for projects, it can also backfire.

“Sometimes the phone stops ringing because people have an assumption that since you’ve achieved this lofty goal you’re now only going to consider projects that, whatever, Martin Scorsese is directing,” Pupa said. “When in fact there are only one or one or two of those made every year and so if those were the only films that you would really consider, you wouldn’t work much. So I’ve had clients where certainly the award is a feather in their cap but it actually caused a little bit of a lull, let’s say, in the flow of material to them.”

There’s also been talk of an Oscar curse — where celebrities like Catherine Zeta-Jones, Gwyneth Paltrow and Cuba Gooding Jr. won an Oscar the first time that they were nominated and have yet to be nominated again.

However, the benefits of winning an award far outweigh the downsides, according to Dergarabedian.

“I don’t think anyone would turn down a nomination or the chance to win an Oscar or a Golden Globe, an Emmy, a Grammy. You name the award. I don’t think anyone’s going to turn that down,” he said. “Nobody on the talent side will necessarily admit that they covet those awards. But once they have them, it becomes part of your resume, part of your future, part of your ability to ask for more money in terms of your quote and that may go also for people who are working behind the scenes as well. You have a bunch of awards on your mantle. They are very important for your career whether you want to admit it or not.”