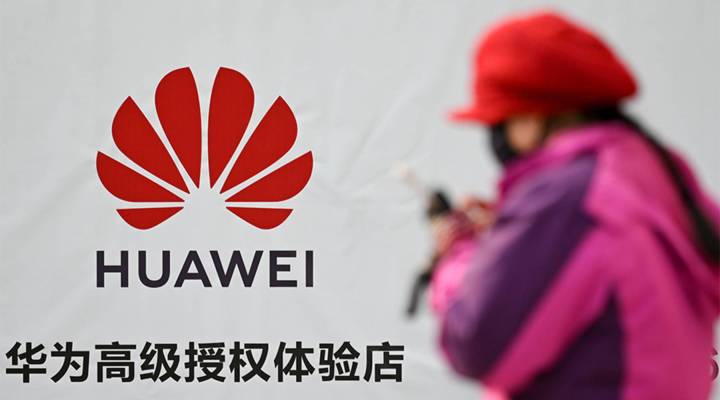 COPY
A woman uses her smartphone while walking past advertising outside a Huawei store in Beijing on Jan. 29, 2019. WANG ZHAO/AFP/Getty Images

A woman uses her smartphone while walking past advertising outside a Huawei store in Beijing on Jan. 29, 2019. WANG ZHAO/AFP/Getty Images
Listen Now

U.S. authorities have long harbored suspicions of Huawei — the Chinese tech and telecommunications giant — as a national security threat.  Now the Department of Justice has indicted Huawei on charges including allegations the company stole technology from an American competitor, and violated trade sanctions against Iran.  The U.S. Attorneys offices in New York and Washington D.C. unveiled 23 indictments, Monday.

Responding to the allegations, in a statement Huawei said: “The company denies that it or its subsidiary or affiliate have committed any of the asserted violations of U.S. law set forth in each of the indictments.”

This, plus the Trump administration’s official request to extradite Huawei’s chief financial officer from Canada, adds more tension to U.S.-China relations, just as the two countries are set to meet in Washington D.C. to discuss the ongoing trade dispute.

To help you make sense of the latest twist, here are five things you need to know about the charges against Huawei:

1) What did Huawei’s founder say to U.S. investigators?

Huawei founder Ren Zhengfei, estimated by Forbes to be worth $3.4 billion, is a reclusive man who rarely speaks in public. His daughter, Huawei’s chief financial officer, Meng Wanzhou, was arrested by Canadian authorities in December 2018, suspected of doing business in Iran and running afoul of U.S. rules.

But it turns out U.S. law enforcement questioned her father, too. This raises the question: is Ren Zhengfei under active suspicion as well? According to one indictment, FBI agents in July 2007 interviewed “the founder of Huawei (‘Individual-1’).” Ren Zhengfei “falsely stated … that Huawei did not conduct any activity in violation of U.S. export laws.”

When Huawei learned of the U.S. criminal inquiry, one indictment notes, “Huawei and Huawei USA made efforts to move witnesses with knowledge … to the PRC [People’s Republic of China] and beyond the jurisdiction of the U.S. government, and to destroy and conceal evidence.”

3) Huawei’s CFO had incriminating evidence on her cellphone

It seems the U.S. — somehow — peeked at Meng Wanzhou’s cellphone when she landed at New York’s John F. Kennedy Airport in 2014. One indictment suggests Meng may have been aware of the company’s alleged violation of Iran sanctions. According to the indictment, “When she entered the United States, Meng was carrying an electronic device that contained the file in unallocated space — indicating that the file may have been deleted — containing the following text: “Suggested Talking Points … the relationship with Skycom is that of normal business cooperation … “

When T-Mobile caught wind of this, Huawei conducted an internal investigation that blamed two workers known as F.W. and A.X.

The indictment states: “The report falsely stated that F.W. and A.X. had acted on their own.”

Around the time its workers were alleged to be stealing secrets related to Tappy, Huawei set up a bonus program rewarding employees in general for lifting competitors’ technologies, according to the indictment:

“Huawei China established a formal schedule for rewarding employees for stealing information from competitors … Employees were directed to post confidential information obtained from other companies on an internal Huawei website … A ‘competition management group’ was tasked with reviewing the submissions and awarding monthly bonuses.”

For more on Huawei, click on the audio player above to hear the full story.