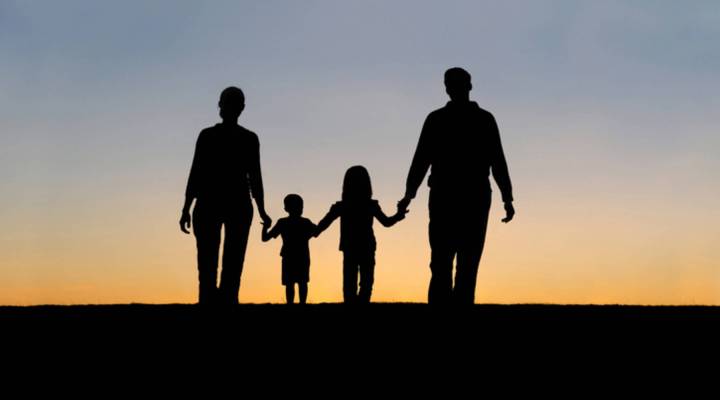 COPY
As part of our mini-series on fertility, we talk to a demographer about why fertility rates are declining in developing countries.  BassittART/Getty Images
Fertility and the economy

As part of our mini-series on fertility, we talk to a demographer about why fertility rates are declining in developing countries.  BassittART/Getty Images
Listen Now

Americans have been having fewer babies for a several years now, especially since the Great Recession. The CDC report that came out earlier this month showing that fertility rates are at record lows didn’t surprise economists or demographers. But experts do have mixed opinions about how governments should be dealing with this and whether it’s a problem at all.

The issue at hand, according to demographer and professor of sociology at University of Pennsylvania, Hans-Peter Kohler, isn’t that a declining rate is inherently a bad thing. “What we care about is if we’re reproducing the next generation,” enough so that we’re meeting the demographic replacement rate, which is needed to sustain high living standards and a high quality of life, Kohler explained. This trend is not just an American one, though. It’s shared by countries that have family-friendly policies, like Denmark and Norway. Some reasons Kohler cites for declining rates: fewer teenage pregnancies, parents investing more in fewer children, and parents attaining a higher education.

We continue to explore this topic in our mini-series on fertility and how it’s linked to the economy. Below is an edited transcript of host Sabri’s Ben-Achour’s conversation with Kohler.

Sabri Ben-Achour: So fertility rates in the U.S. have been going down for the past three years. People expected fertility to increase as we recovered from the Great Recession. How does the U.S. compare in this way with other developed countries?

Ben-Achour: So, in a sense the U.S. has finally caught up with many other high-income countries in having this issue with fertility, with birth rates?

Kohler: On one hand, what we care [about] infertility is, kind of, reproducing the next generation and have a demographic trajectory that allows us to sustain high living standards, high quality of life and so forth. And if this is our societal goal, it’s not clear that this demographic replacement rate is the necessary benchmark by which we should measure fertility and say that this ought to be the societal, desirable outcome. So, it might well be that that these lower rates of fertility are driven in part by declining fertility at very young ages — teenage pregnancies and so forth are declining. And arguably this is a societal, very good development because these early pregnancies may have been associated with negative life cycle outcomes. One extent is that individuals have learned that there are multiple things one can do in early life. Having children is one of them. So, young individuals, couples start delaying fertility in order to attain more education, get more labor market experience and so forth, and may have some or all of these children at a later point in life. And arguably this is a positive trend as well. And finally, you know, individuals might be shifting from [a] number of children to having fewer children but investing more in them, so having higher levels of human capital and maintaining our quality of life. That, ultimately, might be the most important aspect.

Ben-Achour: Why is it that the highest-income countries have the lowest birth rates?

Kohler: What parents would like to achieve is not necessarily a certain number of children, right? They want to achieve parental happiness, so you want to do a bunch of things in life that make you happy and satisfied, and having children might be an important component thereof but not necessarily having many children. There’s a range of pressures that have parents shift away from [a] number of children to investing more in their children — higher levels of early childhood investment, higher levels of education, tertiary education — and these investments require parental resources, time and money that now go into investing into a smaller number of children, as compared to having relatively many children.

Kohler: I would say at the level we are observing it in the U.S. it is not a problem. If the U.S. had South Korean, Japanese or Italian fertility rates, arguably, the pressure to do something about this might be higher.

Ben-Achour: When we look at other countries that maybe do have a problem with their birth rates, first, why is it a problem for them, and how have they gone about dealing with that problem?

Kohler: So, there is [an] important difference in the fertility levels we observe in, say, the United States or Denmark or Norway or some other countries that are for sure below replacement, they are well below replacement. But they are not what we have referred to [as] lowest low fertility rates below 1.3 children per woman, where the long-term consequences would be a lot higher. Many of the countries that have very low fertility also have much lower levels of immigration, and immigration is obviously one of the adjustment mechanisms by which countries respond to low fertility. So, a lot of policies that on a superficial level may sound like appealing, like providing financial incentives for having children and so forth, but our media campaigns that one should have children. And mostly they don’t work. So, these set of policies for which there’s some evidence that they work are pertain to increasing compatibility of parenting and labor force participation policies, increasing early childhood investment through daycare, daycare provision that allows mothers also to return to the labor market relatively quickly. For these type of policies, there is some evidence that they might actually work and help, kind of, revert this trend or sustain, at least, a moderately below-replacement fertility.