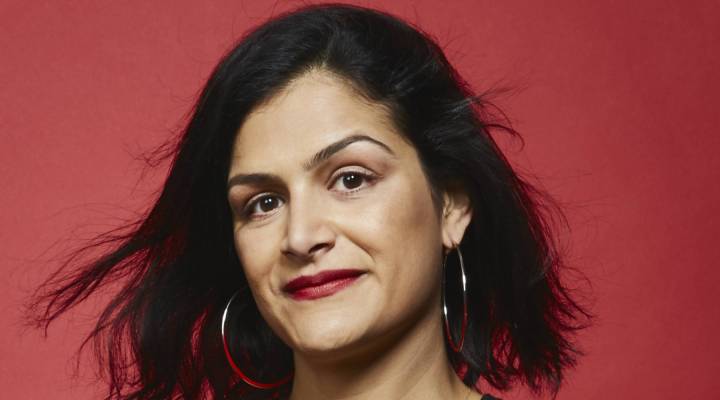 Teenagers have been over Facebook for years. They’ve migrated to Snapchat and Instagram, and about 20 million of them have headed over to Houseparty. It’s a live video app where people drop in on each other to chat or leave video messages and hang out, with up to eight people at a time. The name Houseparty sounds like kids maybe doing we-don’t-even-want-to-know-what on live video, but co-founder and Chief Operating Officer Sima Sistani told Molly Wood she wants Houseparty to be used for real personal connections and empathy. The following is an edited transcript of their conversation.

Sima Sistani: You friend a group of people ahead of time, and when you open the app, it actually notifies them that you’re there and you’re ready to have a conversation. And so it sort of takes the emotional hurdles out of actually video chatting with somebody.

Molly Wood: Why video? There are obviously inherent risks in interacting live on video, not to mention, you know, just bandwidth and appearance issues. Talk to us about the value of video as a communication tool.

Sistani: That’s at the heart of the empathy and how we do that. You say appearance, like, I want people to be proud of, you know, I woke up this way. Right? And if the tool is just about you and the people you care about, you shouldn’t need filters, right? You shouldn’t be trying to project yourself as content. You should just be there to have, like, affirmation from a qualitative perspective, not validation by numbers. And I really hope that we have a generation that grows up knowing the right reaction to sadness, not just the right emoji.

Wood: Talk to me about how that’s reflected in the product design. I assume that you’re getting rid of things like “likes” and little hearts that pop up on the screen and things that feel sort of addictive and engaging as opposed to authentic.

Sistani: Well, we’re not getting rid of it. We just never even built it. There’s no feed. It’s been built by design to promote the human connection and just showing up. We just want it to be as easy as showing up and being able to connect with people you care about. And I see that with my kids. Our daily habit is during dinnertime, so my family is in Alabama, my husband’s family is in Virginia, my best friends are in Chicago, and we just open it up and it’s whoever’s there but it’s a predetermined group of people that I’ve decided, that I friended. And my son now has, like, a very meaningful and my daughter have a very meaningful online relationship with these people. And that’s not something you can do asynchronously. It’s not something that you can do in a news feed. And I’m not saying that those things shouldn’t exist. There is a world for them. I just think that we can all do a better job of time well spent.