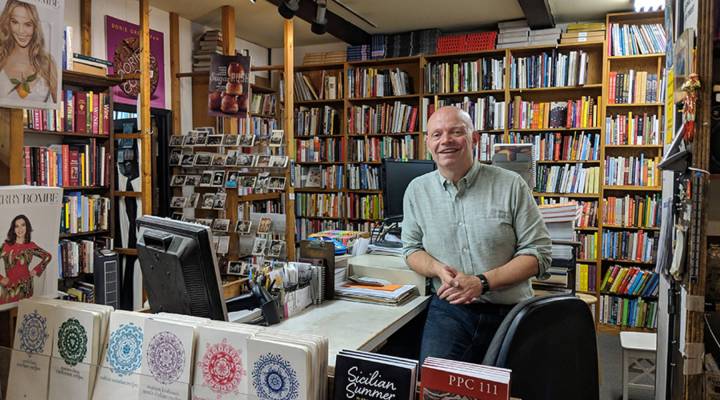 There are thousands of recipes on the internet, more and more cooking apps are available each year, and sales of those subscription meal kits are up. So you might think old-fashioned cookbooks would be on the outs. But as it turns out, it’s quite the opposite. Cookbook sales have been increasing for the last few years and so far this year they’ve seen a 25 percent jump, according to the NPD Group.

Kitchen Arts & Letters has benefited from the trend. The store has been on Manhattan’s Upper East Side for 35 years. It specializes in books on food and drink. And it just had its best month ever, said Matt Sartwell, the store’s managing partner.

“It was a perfect alignment of commercial and highly specialized but intensely sought after books,” he said.

Those books included the latest from Ina Garten of “Barefoot Contessa” fame, the new book by chef and writer Yotam Ottolenghi, and a whopping tome on fermentation.

Allison Risbridger is a book industry analyst with the NPD Group. She said celebrity cookbooks have helped boost sales this year. But two big trends are also contributing. She said there’s been a renewed interest in health and wellness in the U.S., so books on the ketogenic diet are hot, as are recipes for single pot cookers. Also, she said the home goods industry is booming, and cooking is part of that.

“You know, politics and also just the world in the news,” she said. “It’s a scary place right now and people are attracted to the comfort of their own home.”

Still, homes are full of screens these days. It’s just as easy to cook from a phone or tablet.

Inside the store at Kitchen Arts & Letters in New York City.

Matt Sartwell was at a culinary industry meeting recently where someone said apps could spell an end to cookbooks once and for all. He disagreed.

“I think that apps and online programs can often do a wonderful thing which is to draw in people who would not otherwise be cooking,” he said.

And get them hooked. Still, he added, cookbook sales are cyclical – next year could look quite different.

Doris Cooper is associate publisher at Clarkson Potter, which publishes around 50 cookbooks a year. She said for a lot of people, a physical cookbook is a way to escape a screen – and make some memories.

“People love the schmutz and splatterings they get on their cookbook,” she said. “You know, there’s sentimental value in that.”

“You can write those little notes in the margin,” she said. “You can dog-ear the page and say this is the recipe I want to have forever.”

And eventually, she said, you can pass it on to someone you care about.