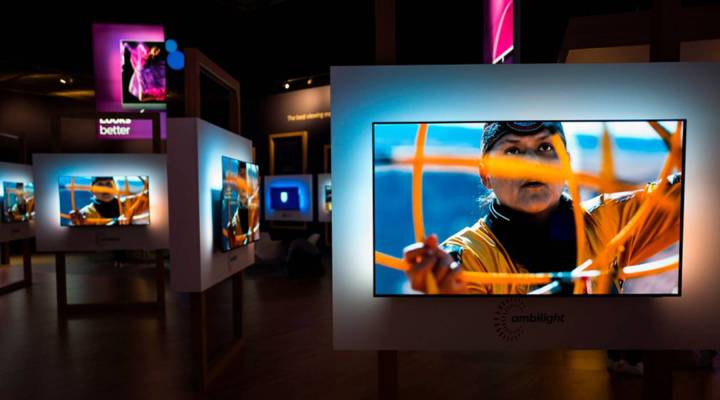 COPY
Philips Ambilight displays are seen at the Philips stand during a preview day of the IFA, the world's leading trade show for consumer electronics and home appliances, in Berlin on August 30, 2018. JOHN MACDOUGALL/AFP/Getty Images
Marketplace Tech Blogs

Philips Ambilight displays are seen at the Philips stand during a preview day of the IFA, the world's leading trade show for consumer electronics and home appliances, in Berlin on August 30, 2018. JOHN MACDOUGALL/AFP/Getty Images
Listen Now

All this week we’re partnering with CNET Reviews to talk about the big trends in consumer technology. TVs, which used to be in the pipe dream category of holiday gift ideas, are now more in the stocking stuffer price category. Television prices have been in free-fall for over a decade and manufacturers have tried to keep people buying with gimmicks such as 3D and ultra high-resolution 4K, which looks great but there still aren’t many shows being broadcast in 4K. As a result, TV prices just keep getting lower and the only thing that is getting people to buy them is streaming. Molly Wood talked with David Katzmaier, an editor at CNET who covers TVs and home theater. The following is an edited transcript of their conversation.

David Katzmaier: The biggest growth this year we’ve seen is with Roku TVs. So these are inexpensive televisions made by companies, like TCL [or] Hisense from China, that pack in this easy smart TV system that Roku has almost perfected where it’s just a bunch of apps, it looks just like an iPhone actually on your TV screen and you jump in to Netflix and Hulu and Amazon [and] get right to your shows. And it’s all with one simplified remote on the TV. More and more people are using the systems built into their televisions and Roku is kind of the ascendant one, especially with this millennial audience that is getting their first TV and can only afford to spend a couple hundred bucks on these things. And they really are that cheap in a lot of the screen sizes.

Molly Wood: So TVs used to be a major investment. They’re a lot cheaper now and I wonder what that means for the TV market overall which has struggled, right?

Katzmaier: The TV market has always been this cutthroat, no-margin kind of business. You can get a 55-inch TV for $300. You can get a 32-inch TV for $120. And those used to be big screen sizes and now they’re kind of the medium range and the profit growth, at least in the TV market, is in the 65 [to] 75 [inch], super big TVs in the United States. So that’s kind of where the larger brands are focusing their efforts. Meanwhile, the TVs that are selling really well are in that 55-inch range and they’re just getting cheaper.

Wood: I know you also cover home theater. Where’s the growth happening there?

Katzmaier: Sound bars are really where it’s at and one of the coolest things we’ve seen this year is the integration of Alexa into the sound bar. So, Polk, for example, has a sound bar with Alexa literally built into it and you can just talk into thin air and say, ‘turn on my TV’ or ‘volume mute’, those kinds of things, which is really useful. [It’s] a nice merging of the smart home speaker with the entertainment system. I love that direction. Sonos also has a product that works in the same way. [It’s] a little more expensive. We’ve said in the past at CNET that every speaker is going to be a smart speaker really soon. That trend, meaning a voice controlled speaker with Alexa or Google Assistant, is certainly going to take hold with all these products because it just works beautifully for music.

Marketplace Tech has partnered with CNET to cover buying trends in tech as the 2018 holiday shopping season starts. Topics on tap: smart home technology, a surprising surge in desktop computers and whether a “techlash” against spending more time with devices is showing up in what people give. 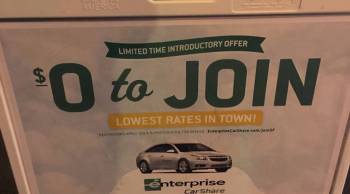