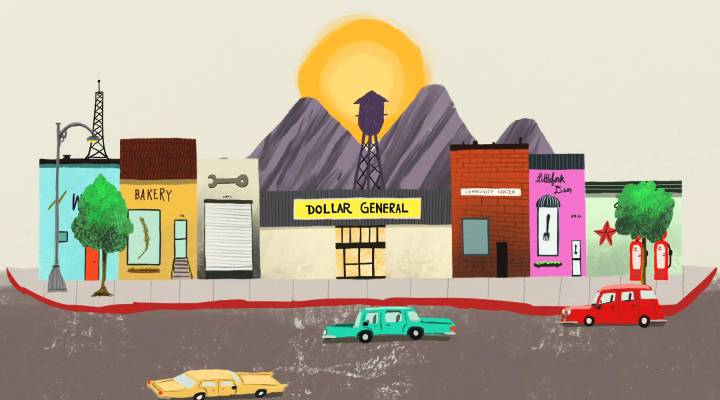 While most businesses suffered after the Great Recession, dollar stores thrived. But of course, the success of these stores has a whole lot to do with items costing … a dollar. About 70 percent of these products come from China, and with an ongoing trade war between the U.S. and China, this could mean higher prices will be passed down to consumers before long. Marketplace reporter Reema Khrais has spent some time talking to owners and shoppers of dollar stores. She spoke to David Brancaccio about the implications of the latest tariffs on consumers. Below is an edited transcript of their conversation.

David Brancaccio: In what ways are tariffs going to percolate into cheaper stores?

Reema Khrais: If you walk into a dollar store, you would see stuff like jewelry, weird, little kitchen gadgets and toys. Up to 70 percent of those things, not [including] food and drink come from China. I got that estimate from Garrick Brown. He’s a retail analyst at Cushman & Wakefield. He says the higher tariffs mean dollar stores have to pay more for certain products.

Garrick Brown: Which could mean that your dollar store is going to become a $1.25 store so those prices will be passed on.

Khrais: He says that people like me and you could eventually feel those extra costs and not just from dollar stores. The first wave of tariffs over the summer didn’t really touch consumer goods, but the second wave, the 10 percent tariff on $200 billion worth of Chinese imports, touches a lot more everyday items like glassware, soaps, hats.

Brancaccio: But President Trump has threatened a third wave of tariffs on Chinese imports. Do we have a sense of what that might do to retailers like the dollar store?

Khrais: Those tariffs would in theory impact a lot more consumer goods. Katie Russ is an economics professor at the University of California, Davis. She told me that more tariffs would be especially tough for the dollar stores that are quite literal with their mission and have to sell every single thing in their store for a dollar.

Katie Russ: To the degree that their margins might be slimmer so they’re trying to get the lowest cost items possible. Then it may be more difficult for them to arrange alternative suppliers.

Khrais: So instead of stores raising their prices you might see even more off brand items on the shelves or more items in smaller quantities and sizes. And David, the trade work comes at a time when dollar stores are doing well they thrived in the years following the recession and have grown ever since. Especially in rural areas. And now that tariffs they could slow down that growth.