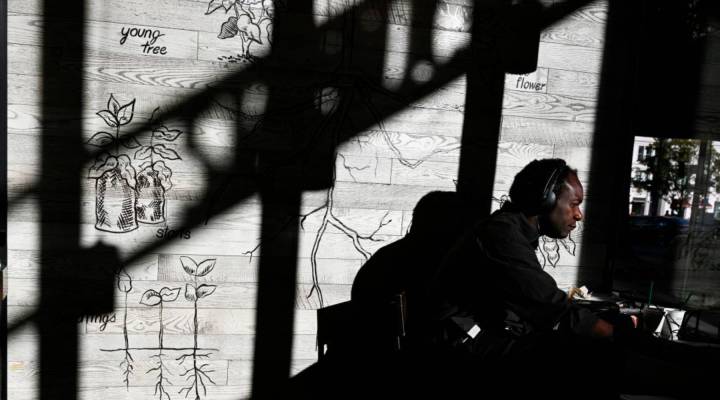 COPY
A man looks at his computer at a Starbucks coffee shop in Washington, DC on October 18, 2018. ANDREW CABALLERO-REYNOLDS/AFP/Getty Images
Marketplace Tech Blogs

A man looks at his computer at a Starbucks coffee shop in Washington, DC on October 18, 2018. ANDREW CABALLERO-REYNOLDS/AFP/Getty Images
Listen Now

Only about 1 percent of venture capital-backed startup founders are black, according to CB Insights data. Even fewer are black women or Latino. There’s not a lot of age diversity and geographic diversity, and underrepresented founders don’t always have access to the networks or training programs that can help them get startup funding. Mandela Schumacher-Hodge Dixon is a former public school teacher, startup founder and was a mentor for entrepreneurs at the VC firm Kapor Capital. About a year ago, she created Founder Gym, which is an online-only training program for underrepresented, would-be startup founders. Host Molly Wood talked with her at the AfroTech conference last week in San Francisco.

Mandela Schumacher-Hodge Dixon: Just like if you want to be a lawyer you go to law school, if you want to be a doctor you go to medical school. But there is no school for people who want to be venture capital-backed startup founders. And oftentimes the schools that are formed are informal, right, by your networks. And a lot of underrepresented founders don’t have the people in their networks who’ve raised venture capital, who’ve been venture capitalists. So we’re literally creating from the ground up this first-ever curriculum specifically tailored to meet the needs and have a deep level of empathy for the lived experiences of underrepresented founders.

Molly Wood: So tell me about that tailoring. What is different about the message that you give to underrepresented founders?

Schumacher-Hodge Dixon: One of the first activities we do is actually called “differences as strengths.” And it really is an activity for founders to reflect on what makes them special, what makes them unique. And rather than looking at it as a way in which you are less than or not as good as other people, you’re really offered an opportunity to dig deep and see how that’s a strength for you, how because you didn’t grow up where these other people grew up, because you went to different schools and were exposed to different things, that your purview is different in the world and that you’re able to see problems other people don’t even know exists. And that’s a competitive advantage because most people out there are you. Most people out there are not from affluent backgrounds. And so the problems that you’re going to go out and solve will actually help the majority of people.

Wood: Since it’s online only, talk to me about the network building, because I know that’s a big thing that people talk about when they come out of an accelerator and they’re with a class and they really have this sort of like, “we were all Eagle Scouts together” bond. How do you create that in an online experience?

Schumacher-Hodge Dixon: Great question. So that’s actually one of the biggest things I underestimated. My original hypothesis for Founder Gym was that it was a language barrier, that the reason people were not succeeding here from certain groups was because they didn’t speak the language. So if only I could teach them the language they would be successful. But what I gravely underestimated was that people were looking for a community. These individuals, again, they’re “onlies” in their world. They may be the only black or brown or LGBTQ or older founder in their circle. And so for them to be in a space where there are people like them working on their dreams, it was something I couldn’t even imagine how important it was to them. And so how we structure network, we’re very intentional. We do affinity groups on a weekly basis. We also do peer trainings. So it’s not just the expert trainers who have the knowledge. We actually elevate the founders within our community to train each other.

Correction (Nov. 15, 2018): An earlier version of this story misstated Mandela Schumacher-Hodge Dixon‘s full name. It has been corrected. 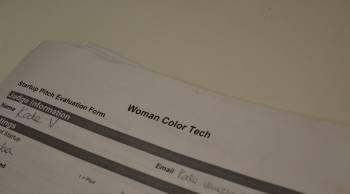