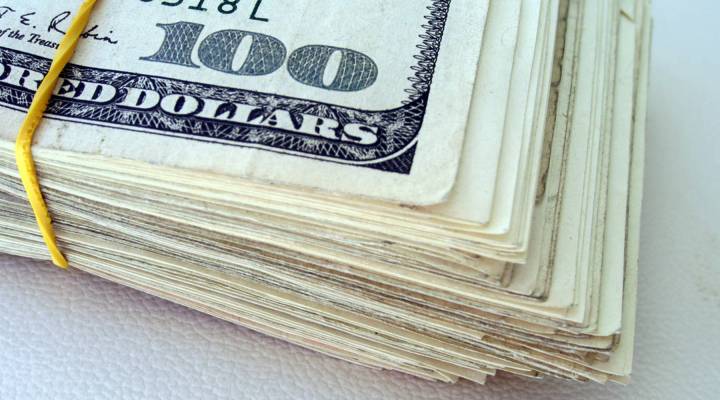 Tuesday’s midterm elections will shatter the record for the most money spent in a year without a presidential race on the ballot. The Center for Responsive Politics estimates $5.2 billion in spending on congressional races alone, dwarfing the previous record of $3.8 billion in 2014. But the largest contributions haven’t necessarily flowed to the most competitive districts.

“If Democrats win this seat, it’s probably suggestive of a huge blow-out night,” said Kyle Kondik, who rates races for the University of Virginia Center for Politics. The Center for Responsive Politics also rates the Nunes race as a “likely Republican” hold.

Still, both candidate have been raising money as if they’re locked neck and neck. Together they’ve pulled in nearly $20 million, making theirs the House race where candidates have raised the most money. Maryland’s sixth district comes in second at $17.3 million.

“Crazy. It seems like everybody in my neighborhood has one or the other,” he said.

“The Nunes district is a symbol,” she said.

Money has poured in, she said, because Nunes is an ally of President Donald Trump and chair of the House Intelligence Committee, which has been riven by partisan disputes over the investigation into Russian interference in the 2016 presidential race. Nunes has raised $11.6 million over the course of the campaign, while Janz has raised $8.2 million. Bebitch Jeffe said that’s because the race for California 22nd district is no longer local.

“[It’s] a referendum on Donald Trump,” she said. “Nationally, it seems to me that there is not another California congressional district race that so clearly sets up the “us vs. them” dynamic that we see in politics today — the pro-Trump vs. the anti-Trump — making the Nunes seat and a few others like it around the country proxy battles, even if they’re not battlegrounds.