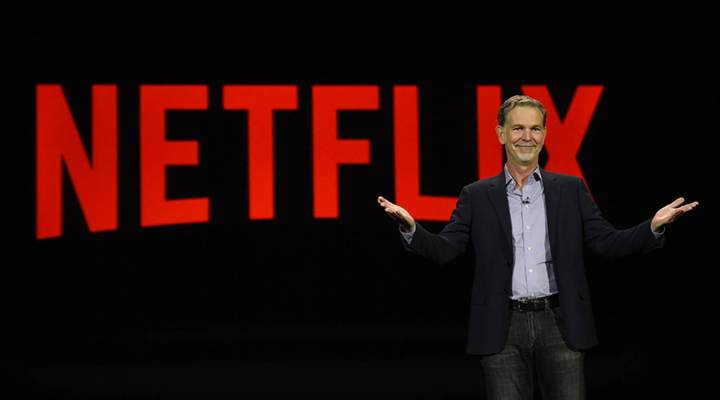 Watch the fictional marriage of Princess Elizabeth to Prince Philip on the Netflix drama “The Crown,” and you’ll feel like the set alone cost more than the actual wedding.

“We’re not talking about, you know, ‘Dragnet’ or ‘The Brady Bunch,’” said James McQuivey, principal analyst at Forrester Research. “These shows are millions of dollars per episode, and that money has to come from somewhere.”

A Netflix executive said he wants the company to have a thousand original shows by the end of this year.

To continue borrowing, Netflix needs to keep adding new customers, because every new subscription represents new monthly income of between $7.99 to $13.99 that can be used to service debt. Last week, the company announced it added almost 7 million new subscribers worldwide in the third quarter.

David Yermack at NYU’s Stern School of Business said as long as that’s the case, investors will be eager to lend to Netflix.

“It’s just like a person with a high income personally could afford a big car loan or a big mortgage,” he said. “It’s really the same logic for a company.”

Investors are also attracted by the interest rates Netflix is paying on its debt. Moody’s just gave its latest round of borrowing a “junk” rating.

“If the debt load goes up without profitability going up at the same time, then yes, your credit rating’s going to go down,” he said.