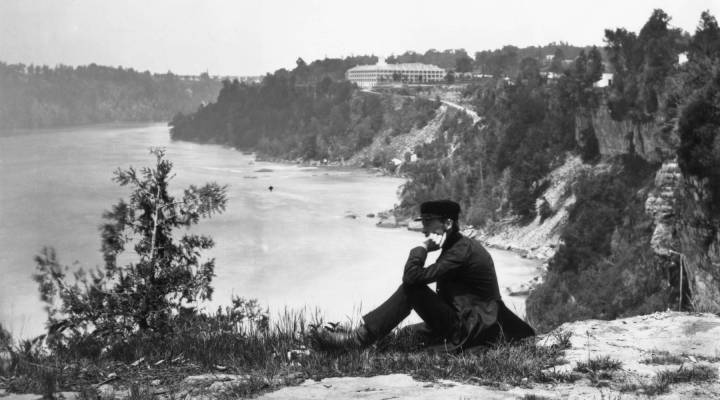 What’s something you thought you knew but later found out you were wrong about?

We ask that most weeks on Make Me Smart, and it can be a tough one. The answers can also reveal a lot about a person. So it follows that when Kai Ryssdal and Molly Wood participated in a Reddit AMA last week, folks would want to know their answers to the Make Me Smart question.

But Kai and Molly answered that question, way back in December 2017, as part of our 2018 predictions episode. You can hear those answers below, around 22:20:

Here’s what Kai said back then.

I thought for the longest time that if you kept your head down and you did your job and you did what you were supposed to do, on time, the way it was supposed to be done, that everything would work out. It would all be all right. That is not true. Sometimes you can do everything right, and and stuff just doesn’t work out. Not for you, but maybe for your organization, or for whatever cause you are promoting or working toward. Doing the right thing doesn’t always get you where you ought to be. That’s a little dark, but: life.

Molly agreed, and took it one step further.

I am a do-the-work kind of person, and I actually thought, “Oh, I just always fall into the right thing. Things just work out for me. I’m a golden child. Like, I’ll just work hard and, like, a great thing will come along.” [But] in typical Molly fashion, I have a positive, positive potential solution to this, and what is going to be the eventual title of the self-help book that I’m totally working on: “Order What You Want: A Bartender’s Guide to Life, Love and Business.” I realized that if you just say all the words out loud — “I would like this to happen” — that helps. It’s not always going to … but I won’t be mad, or I won’t be as mad when I don’t get what I want. Because I won’t be sitting on this resentment about how I shouldn’t have gotten it because I did the work. What do they say? “Resentment is a poison that you take, and you hope the other person will die.”

Even though neither of the hosts went back and looked at that episode before the AMA, Molly’s answer was similar.

I thought that someone out there had the plan. Like, I thought there must be someone smarter than me who had a list in their head of all the right things you were supposed to do in life that produced the optimum outcome, and maybe that person would come along and take care of me or at least tell me what to do. And then I realized that nope. No one has a plan, no one can give me all the answers (though some people can give me SOME of the answers), and for the most part, I’m going to have to do things for myself. And at first I resented that, but then eventually I realized it was super freeing, because I’m in charge. Which is just how I like it. 🙂

Kai’s answer in the AMA also speaks some greater force managing right and wrong. But in typical Kai fashion, it took a darker turn this time.

“I always thought there were consequences,” he wrote. “That when you did something wrong/bad/not OK, you’d pay a price. I’m less sure now.”