When we think of bankruptcy, we often think of celebrities who have gone broke, companies that failed and crooks who are trying to cheat the system. But as it turns out, bankruptcy is most common among middle-class Americans.

On this week’s Make Me Smart episode, Sen. Elizabeth Warren answered the Make Me Smart question (at around the 39:30 mark in the player below).

What is something that you thought you knew and you later found out you were wrong about?

“Many, many years ago when I first started studying families in bankruptcy I thought I knew who filed for bankruptcy. I had come from a family that had been turned upside down financially but my family had never filed for bankruptcy. So I figured, you know, the people who actually go into bankruptcy, they are probably trying to cheat the system, take advantage,” said Warren.

However after taking a closer look, the senator said she realized she was “very, very wrong.”

“People who filed for bankruptcy were by and large hard-working middle-class families — folks who had worked hard, gone to college, gotten married, bought a house, had kids and then had just been turned upside down by a serious medical problem, a job loss or a death or divorce in the family,” she added.

Who files for bankruptcy?

When Jonathan Fisher, a research scholar at the Stanford Center on Poverty and Inequality, looked at who filed for bankruptcy in the U.S., he found that it was mostly middle-income Americans. According to his analysis, “median income for bankruptcy filers is $42,000, which is $6,000 less than the national median.”

What it means to declare bankruptcy

Filing for bankruptcy means that a person or business is unable to pay their debts in full. Getting bankruptcy protection and discharging their debt — including credit card and medical debt — could mean a second chance for people who struggle financially. Individuals can file for two different types of bankruptcy: Chapter 7 and Chapter 13. If you file for Chapter 7 bankruptcy and you have valuable assets, those assets will be liquidated and used to pay off a portion of your debts. Under Chapter 13, instead of selling off your assets, you come up with a debt repayment plan for the next three to five years.

The most crippling type of debt is medical debt

Back in 2009, researchers from Harvard Law School, Harvard Medical School and Ohio University found that medical bills are involved in 60 percent of personal bankruptcies in the U.S. The research was based on survey of families who declared bankruptcy in the early 2007. About 75 percent of the people who said they went bankrupt because of their medical debt had health insurance.

In 2013, NerdWallet estimated that 1.7 million people would declare bankruptcy that year due to outstanding medical bills. Their research found that people who have high medical debt often use up all of their savings, end up racking up credit card debt, and are unable to pay for necessities such as food and rent.

What about student loan debt?

Earlier this year, the Department of Education announced that it is reviewing the policies that make it nearly impossible to shed student loans when declaring bankruptcy. Currently, to get rid of student loans through bankruptcy, the borrower must be found “hopeless” by court. The department is seeking public comments from student loan borrowers to help it understand whether the rules are too strict and need to change.

When asked by the U.S. Congress about whether this kind of debt could have an impact on the economy, newly appointed Fed Chair Jerome Powell said that it “absolutely could hold back growth.” He said he was “at a loss to explain” why we don’t allow student debt to be discharged in bankruptcy. 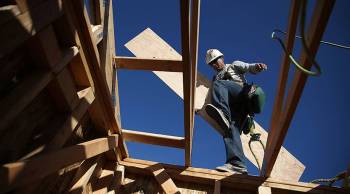