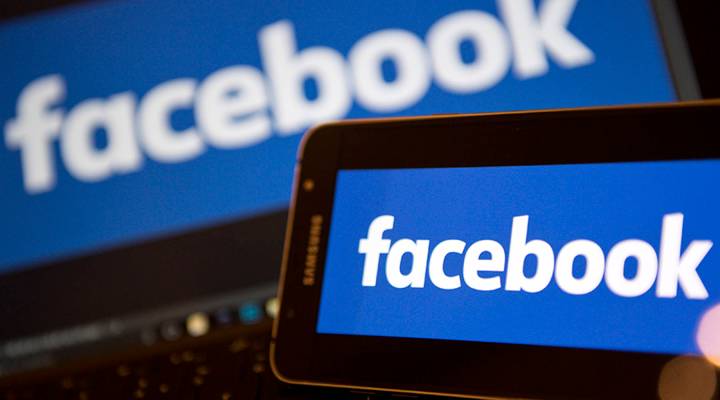 Open letter to Apple: It’s time to turn iMessage into a social network.

It might be the only way we can break Facebook’s hold on our lives, it could cement Apple’s reputation as a privacy-minded service provider, and more importantly, it wouldn’t be that hard to get people to use it. I know it’s possible Apple is still reeling from that time it tried to build a music-focused social network called Ping (remember that? I do!). But it’s time to get over it, because iMessage is the Facebook killer we need right now.

See, here’s the thing about a social network that boasts 2 billion users and another billion or so on its sub-platforms: It’s really hard to quit.

That’s partly because all your stuff is there — your photos, history, funny videos, snarky comments. I just did a story on what’s afoot to try to make it easier for you to move all your personal data to another service. Mostly, these efforts are thanks to Europe’s big privacy law, the General Data Protection Regulation, and the nascent privacy law over here, working its way through California’s legal system right now.

But those developments don’t answer another fundamental question: transfer it where? So far, no real competitors to Facebook or Twitter have managed to take hold. In the case of Facebook, anytime one did get big, like WhatsApp and Instagram, Facebook just … bought it. The “buy ’em out, boys” strategy isn’t likely to work as well in the future, owing to antitrust concerns. But that doesn’t change the fact that a new service is at an immediate disadvantage when trying to go up against ginormous competitors: The newbie just doesn’t have the people. Who wants to be on the social network version of a desert, talking to yourself?

That “network effect” problem is what’s stopped other competitors before. Path, one of the more promising “small community” social networks, finally shut down this month after a pretty long slog, all things considering. Ello launched in 2015 as a privacy-minded social network that wouldn’t serve ads, and it’s still around, though now trying to build a niche with artists.

And there’s a long list of other would-be competitors who died badly in the social networking Thunderdome: Meerkat. Bebo. Google+ (feel the burn). Remember that app “Yo” that popped up and just let you say “yo” to people? I’m just saying, normally I’m all for innovation from the little guy. But in this case, Apple is halfway to the finish line. It has near universal brand recognition, innate coolness and a network of existing users who want what iMessage offers.

I’ve been watching the way my son and his friends, and indeed, me and my friends are starting to prefer to communicate with each other, and it’s pretty straightforward: We just want texting (the anti-Twitter) and group chat (the anti-Facebook). More specifically, we want a nice, private, encrypted place to be real with each other and a fun space to create chats with friends that we can give funny names to, and where we can share funny memes, jokes, stickers and links.

For people on Apple devices, that largely exists. It’s iMessage. And despite some weird and annoying issues, like how it steals control of your text messaging and group chats that include Android users so the texts don’t usually make their way to those Android users, it’s great. And it just keeps getting better.

So Apple, give iMessage to the world. Make it available for Android users as an app, build a good PC client and let it be the Trojan horse for communication that iTunes has been for TV, movies, music, books and podcasts.

A few small tweaks would make it more than a chat app and closer to a social network without tipping too far into complexity and, well, public consumption. The easiest would be to make our contact cards a little more like a profile — perhaps so that when we get added to a group chat we don’t show up as an anonymous phone number, but we can choose how much to share with that group beyond name and photo. Beef up the disappearing messages feature a bit and get crack-a-lacking on rolling out group Facebook chats — and then immediately integrate it into iMessage. Make it cross-platform and boom: You own the market.

The closest thing to the perfect iMessage social network I’m envisioning also already exists, but it’s still Facebook. The Messenger app is the only one I’ve found (other than maybe Slack) that’s available on any device, instantly synced across platforms and it’s easy to connect with anyone who’s also on Facebook. I’ve noticed a lot more friends using it for what is also, essentially, group chat and private groups escaping the advertising barrages targeting public Facebook groups. Plus, it’s also borderline unusable, given its cluttered interface and then, of course, you have to be on Facebook to use it.

Facebook and Apple both have been smart enough, though, to realize that robust messaging is all we really want in the long term (I think Google also has a vague sense that this is true, but wow, has it made a hot mess out of it).

I’m not sure Apple yet realizes that this relatively low-tech offering is actually its biggest opportunity to take a huge chunk out of Facebook’s market share — or maybe the company is just that unwilling to open up to other platforms. But here’s hoping they get over it. Sometimes, you’ve got to fight one 800-pound gorilla with the only other gorilla in town, and right now, that gorilla is Apple. Fingers crossed emoji goes here!