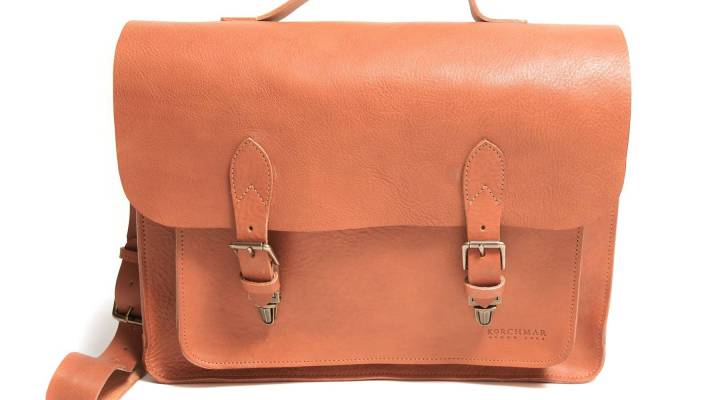 One leather goods maker on tariffs: "It’s not a war, it’s just business"

COPY
A product from Korchmar, the company whose owner testified in support of tariffs on Chinese leather imports. Korchmar
Trade showdown

One leather goods maker on tariffs: "It’s not a war, it’s just business"

A product from Korchmar, the company whose owner testified in support of tariffs on Chinese leather imports. Korchmar
Listen Now

Tariffs on nearly 5,000 Chinese imports will go into effect on Monday. Called Section 301 tariffs, they target $200 billion worth of finished products, including clothing, accessories, yarn, electronics and more. Hundreds of people from businesses and trade groups have testified before the United States Trade Representative’s office. While most voiced their concerns about imposing these tariffs on Chinese imports, Michael Korchmar testified in favor of the Trump administration’s decision. He runs the Leather Specialty Co. in Naples, Florida, which makes leather briefcases and bags. He spoke with Marketplace host Kai Ryssdal. The following is an edited transcript of their conversation.

Michael Korchmar: We manufacture all types of bags, luggage, leather goods things of that sort. It’s a fourth-generation 101-year-old company that still produces in the United States of America.

Ryssdal: And to hear tell from the testimony you gave to the United States Trade Representative in the letter you wrote, you are getting killed by Chinese competition.

Korchmar: Well, that’s no exaggeration. I started my career in 1977, and we were the largest producer of leather business cases in the world. By 1982, China had knocked off our styles and undercut our pricing to the point where we’d lost 30 to 40 percent of our volume. And in order to survive, I actually went to China and started operating a business there.

Ryssdal: Did you really? How’d that go?

Korchmar: I was making a fortune and felt dirty. I should say we also operate a plant in the Dominican Republic. After my stint in China in the ’80s, in order to compete and survive, we started a plant in the D.R., the oldest democracy in the Caribbean — a country that tends to support our values a bit more than China — and struggled for many years to make it against China down there but came out on the good side of it. That’s allowed us to continue our U.S. operation as well. Now both are growing by leaps and bounds. First, because of the threat of these tariffs, and now, my goodness, it looks like they’re really happening. So we’re tightening our seat belts and just trying to grow as fast as we can.

Ryssdal: You’re being undercut, I assume, by these Chinese imports by some significant degree, right?

Korchmar: Oh, my goodness, yeah. Back in the ’80s and ’90s, we couldn’t win a job. We would do experiments and we’d quote 10 percent below material cost, and China would always bid lower.

Ryssdal: So let’s think about this from the consumer’s perspective for a second. So if American consumers want to buy leather goods of the type that you make, they can either pay more for what you make and support an American business or they can pay more for a now tariffed Chinese import and support a Chinese business. Is that your basic take, that consumers got to pay for what’s right?

Korchmar: No, it’s not that simple, really. They don’t need to pay much more if it’s being made by us in the Dominican Republic. And the interesting thing about that, Kai, is that the materials we use when we produce in the Dominican Republic are U.S. materials made by U.S. workers. So even if you keep it on this side of the world, you’re supporting U.S. manufacturing.

Ryssdal: Last thing sir, then I’ll let you go. You say you’re buckled in trying to grow as fast as you can. How long do you think this trade war goes?

Korchmar: Well that’s the million-dollar question. I don’t know. I don’t think it’s a war, I think it’s business, and the Chinese understand it. They’ve been cleaning our clocks for 40 years and loving every minute of it. And all they see now is that we’ve finally awakened and are doing to them what they’ve been doing to us. It’s not a war, it’s just business. 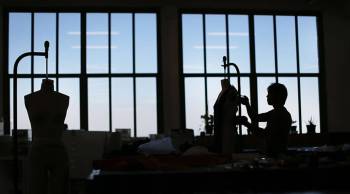