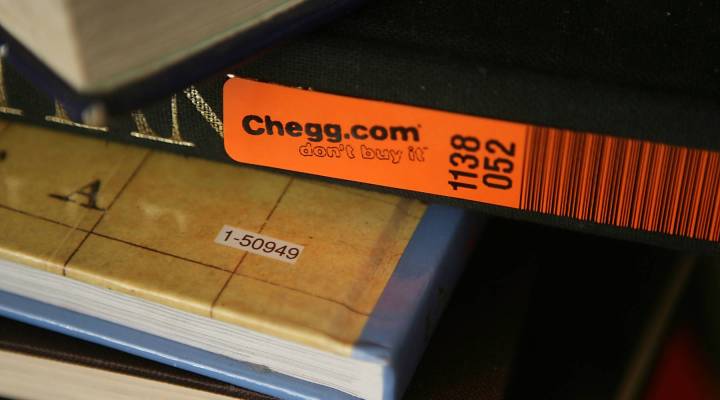 Chegg is a company that’s long been known for its college textbook rental services, where students could use loaned copies of textbooks for a semester for just a fraction of the cost. But soon after the company went on the public exchanges in 2013, Amazon entered the textbook rental market, too. And Chegg was forced to do something different, so it went digital. The company now offers a suite of on-demand educational services, from online tutoring to creating bibliographies. Chegg CEO Dan Rosensweig led the company through the transition. He spoke with Marketplace host Kai Ryssdal about Chegg’s move to digital platforms and about the needs of the modern college student. The following is an edited transcript of their interview.

Kai Ryssdal: For the uninitiated, what do you guys do?

Dan Rosensweig: It’s a great question. You know, we look at the biggest problems that today’s modern students are facing, and we try to solve them for them using the internet and technology. So pick the right school, pick the right classes, get your learning material for less. We invented the textbook rental model. We have tutors, we have math, we have writing, we have how to get an internship and now how to get a job.

Ryssdal: Let me back you up for a minute to the textbook rental thing because that’s what you did for a while, and then you, actually, as the guy running the shop, read the handwriting on the wall and said, “Amazon is going to kill us on this textbook thing. We’ve got to do something else.”

Rosensweig: Yeah. Mike Tyson has a great quote that says, “Everybody has a plan till they get punched in the face.”

Rosensweig: Well, we got we got a nice, big punch. We went and did our IPO. We were in the quiet period, and we had our first quarter that we were trying to perform. Amazon entered the textbook rental market to compete with us.

Ryssdal: What’s that like for a CEO when that happens to them, because Amazon is doing it to everybody, right? They’re in pharmaceuticals and groceries.

Rosensweig: Well, let’s put it this way: It’s not the most fun of times. And so we sat down and we said, OK, who is screwed more than we were? And we said, “The bookstores.” And we said, “OK, they’re no friends of ours.” And then we said, “What about the wholesalers and the distributors that sell to the bookstores?” So we actually picked up the phone and cold called one of the biggest ones, Ingram. We articulated why we thought it would be better if we work together. And they said that might be a great idea. We both architected the deal that ultimately transformed the company from us being exclusively a textbook rental company where we had to buy the textbooks. So imagine the situation —

Rosensweig: We had warehouses, but we had to use $120 million a year in cash just to buy textbooks to hopefully get a return three years later. For Chegg to survive, we made the decision that we weren’t going to worry about the financials, we were going to worry about our brand and building our audience base as big as we could despite the losses so that we could have a platform in which to build on top of. And that’s ultimately what we did, and it was painful, and it took three years in the public markets. I don’t warmly recommend doing these transitions in the public markets one week after your IPO, but that’s what we were faced with.

Ryssdal: If I’m, oh, just to pick random examples, a junior in college, shall we say, or a senior in high school, what Chegg services am I going to use? What do I need?

Rosensweig: If you were in high school, you’d likely be using one of our writing services like EasyBib. Students use it to be able to cite the things they’re supposed to site. We save them a tremendous amount of time. So pretty much every high school student uses it.

Ryssdal: Which is funny, because back in our day, when we were in school, you got beat into you the proper format for bibliography and how to cite and all of that stuff. And now we’re using software to teach kids that, is that the deal?

Rosensweig: We’re using software to not only teach them but to get it right. Because remember when you and I went to school, you know, you would go to the library, and you’d get out the card, and you’d reference the research paper. Well, today, 80 percent of the things that are cited today are cited from the internet. So there’s no library to go to. But what’s more important is we’re able to use technology, including AI, to not only do citations and bibliographies but to now teach you how to write. We’re able to now, you download your paper, we’ll read it with machines, we’ll cite the things you tell us to cite, but now we’ll identify the things that you should cite and we’ll explain why.

Ryssdal: And you are now, in essence, an education software as service companies. Is that fair?

Rosensweig: Yeah. We have a perspective that bet on the inevitable. Just look at the numbers. The modern-day student isn’t the student that you and I may recall when we were growing up. Only 20 percent of the kids in this country go to a four-year private institutions. The rest are just getting by.

Ryssdal: So is that the value proposition here, right? The value proposition is,listen, you need an education in this economy. And yes, it’s going to be expensive, but it’s different now and we can help you with these services. Pay us whatever the fee is, right?

Rosensweig: Yeah. Well, we offer a lot of things for free, but yeah, that is — the basic premise is this: The entire system has been designed for somebody other than you. The time that classes are scheduled are designed for the professors, not for the working student. The cost of the learning content was designed so that everybody could take a 30 percent margin three times — the distributor, the wholesaler, the bookstore. What gets taught is based on the curriculum that a school can do based on the professors they have, which is very different than what you want to learn, what you need to learn, the time that you are available to learn it and the price you can pay for it. And so yes, we are here to support the modern-day student. 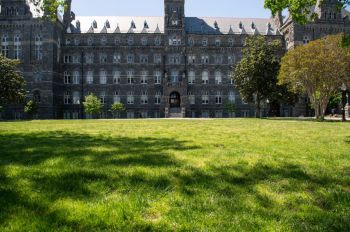 Chegg CEO: In the short term, COVID-19 will be “devastating” for higher ed