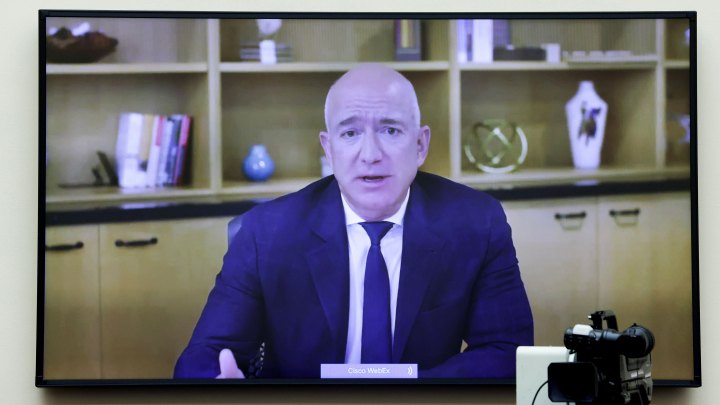 European Union regulators on Tuesday announced they are charging Amazon with antitrust violations for allegedly harvesting data from smaller companies that use its platform and selling cheaper versions of popular products.

“Amazon illegally distorted competition in online retail markets,” European Commission Vice President Margrethe Vestager said. “We do not take issue with the success of Amazon or its size. Our concern is very specific business conducts which appear to distort genuine competition.”

What does it mean to distort competition, or distort the market?

“A market distortion is when something gets in the way of setting the price of a good or service, so it no longer reflects private decisions of suppliers and demanders,” said Vincent Reinhart, chief economist at Mellon.

Often, it’s the government distorting the market, through things like agricultural subsidies, tariffs on steel, or taxes on cigarettes.

Sometimes, though, it’s private companies distorting the market in a way that unfairly reduces competition, according to Ann Owen, an economics professor at Hamilton College.

That’s what European antitrust regulators say Amazon is doing when allegedly harvesting data from third-party sellers and using it to compete against them by selling similar products — say, a blender or sheets — for less.

That “could potentially drive some of those sellers out of business,” Owen said. “And then that would create less competition. And that would be considered a market distortion.”

Bottom line — a market distortion is anything that changes how things are priced.

In the context of antitrust, she said, the problem arises when a powerful company intentionally distorts a market for its own benefit.