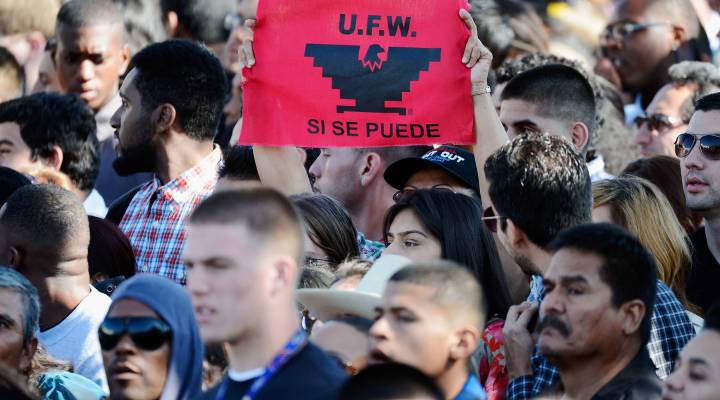 Teresa Romero will be the first Latina and immigrant woman to lead the national union since union organizer Cesar Chavez helped found the UFW back in the 1960s.

The UFW has been involved in creating better working conditions for farm laborers since its inception. But with a number of issues such as immigration reform, low union membership and automation affecting the labor industry, how will Romero and the UFW lead its members and other agriculture workers in the near future?

Kimberly Adams put that question directly to Romero. The following is an edited transcript of their conversation.

Kimberly Adams: You’re only the third person to lead this organization. First, [it was] Cesar Chavez who led a grape boycott in the 1960’s to advocate for better conditions. Then his son-in-law, Arturo Rodriguez. You start at the end of the year. What are the top issues of your focus?

Teresa Romero: My number one issue right now is immigration reform. It is affecting the agricultural industry tremendously. And last year, we passed here in California overtime [pay] for farm workers [who work longer than] eight hours. And this is something that we’re going to be working on at the national level.

Adams: There are also some nuts and bolts issues, things like automation and low union membership across the country. How do you plan to keep United Farm Workers relevant in the future?

Romero: You know, automation is sometimes seen as a negative, but as we meet with growers we have learned that automation is something that they’re trying to bring into the farms to improve the work in the production. You cannot replace farm workers to produce their food. And when it comes to membership, we don’t measure our membership just by how many members we have, but how many people we impact. When we passed in California the heedlessness protections in overtime, we did not only affect our members – it affected every single farm worker in California.

Adams: Last year the union was hit with a million-dollar judgment brought by organizers who said they were underpaid. How is that and the repercussions affecting the organization?

Romero: Unfortunately, the judge made a decision that we 100 percent disagree with. Organizers are exempt employees and we believe that everybody needs to be paid fairly and we do that.

Adams: As you get started, do you anticipate spending more time sort of navigating Washington politics or more grassroots organizing?

Romero: Our main focus are the farm workers. And I actually have been, in the last two to three weeks, spending a lot of time with farm workers. Listening to them [and] understanding you know what it is that would like to see. Every victory that we have had in our organization has been because of the leadership of our members. And we definitely want to continue to try. 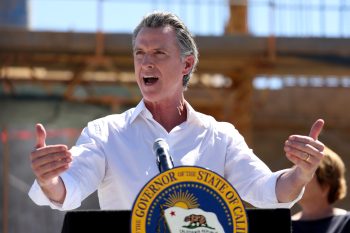