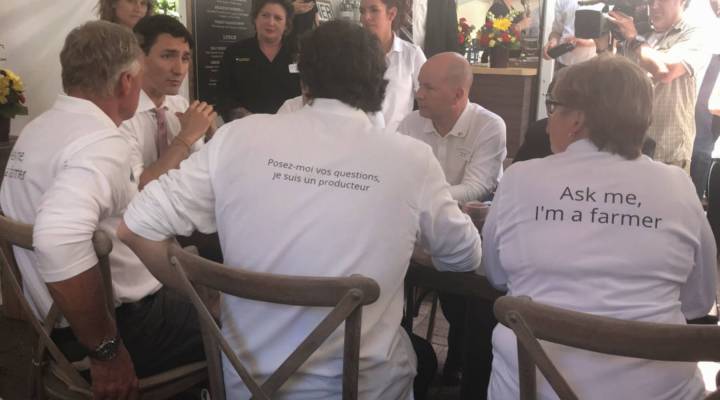 COPY
Canadian Prime Minister Justin Trudeau (2L) speaks with dairy farmers in Ottawa, Ontario on June 12, 2018. - Canadian politicians of all stripes rallied round their prime minister on after his cautious and polite defense of free trade rules drew an extraordinary personal rebuke from US President Donald Trump. MICHEL COMTE/AFP/Getty Images

President Donald Trump has given Canada until Friday to sign on to a new trade agreement replacing the North American Free Trade Agreement. Monday, Trump announced that the United States and Mexico already had a new pact.

Among the most intensely negotiated issues still on the table is Canada’s protected dairy industry. The government tells farmers how much milk Canadians are expected to drink and how much cheese they’ll eat, and that’s how much is officially produced. To further avoid a surplus, Canada sets tariffs on imported milk at over 200 percent.