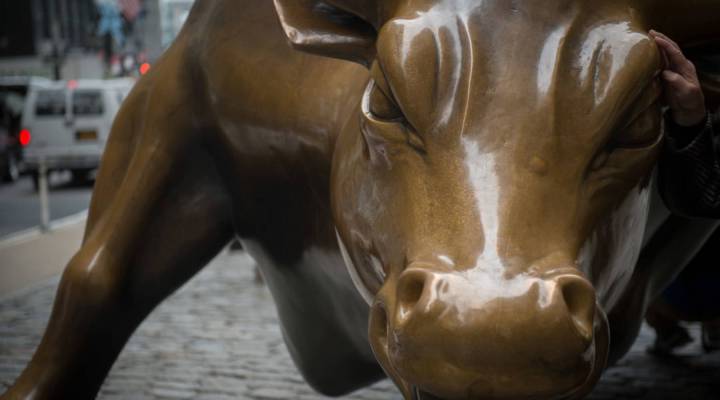 First, a little background. Generally speaking, a bull market is when the stock market is on an upward trajectory. There are lots of ways to measure that, of course.

“You talk to people and you maybe get 10 answers as to exactly what a bull market is,” said Ryan Detrick, senior market strategist at LPL Research.

A common answer —and the one we’ll use here — is that it’s a bull market when the S&P 500 index rises by 20 percent and keeps going. If that trend reverses, and the index closes down by more than 20 percent, we enter a bear market.

Why are we talking about bull markets now?

Because Wednesday, Aug. 22, is an important date for bull markets.

At market close, we’ll likely enter the longest bull market ever — at least, according to the definition above. The rally began more than nine years ago, after stocks hit bottom on March 9, 2009.

One thing to keep in mind: while this may be the longest bull market ever, it’s not the greatest. That title goes to the last one in the 1990s — during the tech bubble. Then, stocks jumped more than 400 percent. This time, they only gained around 300 percent.

What has all this meant for the economy?

It’s been a good thing. That’s, in part, about consumer confidence.

Think about it this way: if stock prices are rising, as they are during a bull market, your investments, say for retirement, are probably doing well.

A healthier retirement plan makes people feel better about their financial futures. “And when people become confident in their futures they’re much more willing to participate and spend in the economy,” said Franklin White, market investment manager at PNC.