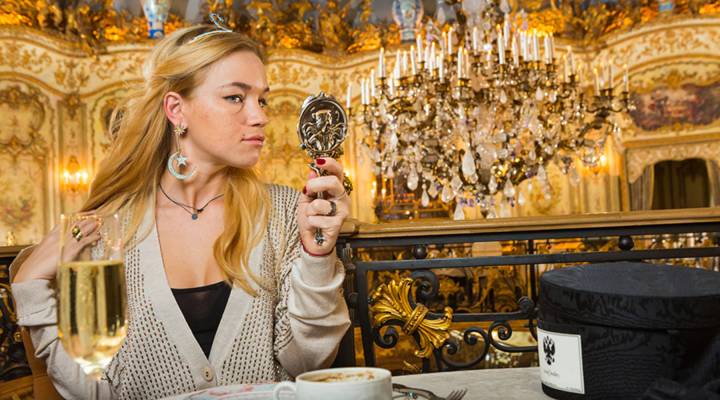 For 25 years, Lauren Greenfield has been taking pictures and making movies about extremes. In “Thin,” she chronicled women with anorexia. In “The Queen of Versailles,” she followed a couple trying to build the biggest house in the United States. Greenfield talked with Marketplace’s Lizzie O’Leary about her new documentary, “Generation Wealth,”  which hits theaters this Friday. It’s about, well, everything Greenfield’s learned put together and a statement about our society. The following is an edited transcript of their conversation.

Lizzie O’Leary: When did you figure out that these hundreds of stories that you’ve done as a photographer, a documentarian, did have a throughline?

Lauren Greenfield: I really started thinking about it during the financial crisis, and I started to think that the stories that I had done about all of these different topics maybe told a larger story about the way we had changed and how we had gone from a culture — how the American dream had changed and how we’ve gone from a dream characterized by hard work and frugality and discipline and discretion to a kind of balloon dream more about celebrity and bling and narcissism. And so I went back to kind of figure out what had happened and in the process, realized that my story wasn’t just about wealth or about money, but also about the other things that give us value — the currency of beauty, of sexuality, of fame, of branding.

O’Leary: Because a lot of the people in this documentary are not icons of being rich or of money. They are at the point of excess or sort of on the fringes. And I guess I wonder, is there something about excess that you’re really interested in?

Greenfield: Yeah, I mean there are a couple of characters that are 1 percenters, but a lot of them are struggling to fake it till you make it. And the point of this work is really not about the rich or about the 1 percent, it’s about the 99 percent that are affected by the kind of images of luxury and wealth that are all around us. And we see how in the terms of addiction, you end up just going and going and going until you crash.

O’Leary: Do you think that takes individual choice out of the equation?

Greenfield: No. In a way, the moral of the story or what happens in the third act is about the possibility of choice. We see all of the characters kind of having an awakening at the end. I think the real question of the film though is does the change that happens, is it sustained? One of the big lessons for me after the financial crash was there were all these incredible lessons and insights that people who had gone through the financial crash got. Even David and Jackie Siegel, who are building the biggest house in America, at the end of the film, they’re saying, “We shouldn’t have built so big. What really matters is family, and we would be happy with less and a two-bedroom home.” And yet, the postscript to the film is they go back to building the house, and in a way the postscript to our crash that we kind of fixed the same system and are probably heading for a similar result. And that’s, we see both sides in the film.

O’Leary: One of the things you do in this film is also talk to people who are outside the U.S., in Mexico. In Iceland, you have this guy who is a fisherman and then got swept up in the banking industry, that crashes, back fishing again, who seems to have a fair amount of perspective on what happened to him. Is that perspective, do you think, gained by being outside of the U.S.? It seems like some of the people outside the U.S. have more perspective than those inside.

Greenfield: I mean, not really in the sense that what you see is the kind of consumerism and all of these trends spread like a virus can affect people around — the fisherman says he designed his house because of what he saw in the Kardashians. I think that the realizations come from the crashes in the film. In a way, the crash, whether financial or personal, is devastating, but it’s also a moment of insight. And I think for the Icelandic fisherman, and for Iceland as a country, when they crashed and they couldn’t get bailed out and they lost everything, they realized that they had lost their moral compass and that they needed to come back to the traditional values of Iceland, that their wealth was really in the environment and specifically in the fish, not in a kind of international banking system that they tried to master.

O’Leary: You reference the American dream a lot, not just in the film but in this interview, and I guess I wonder, is that real in and of itself? The lessons that you’re imparting are to look to something that’s more real, but is that real or is that ephemeral,too?

Greenfield: I mean, I think the tragedy of “Generation Wealth” and the way we’ve changed in these 25 years is that the American dream has really become the American illusion, that during this time inequality has grown. We’ve never had so much inequality. On the recent UN report on poverty, they said your ZIP code is the most reliable predictor of your future. We’ve never had so little social mobility. In the movie, I look to my own dad to kind of ask about the American dream and his generation. He was the son of an immigrant, and at that time, it was realistic that you could kind of be anything with a good education and hard work. And I think what we’ve seen now is in a way, bling is a kind of reaction. It’s like a fictitious social mobility. That’s the only social mobility that is in reach. 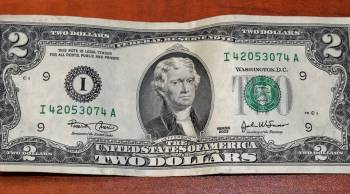 The allure of the $2 bill 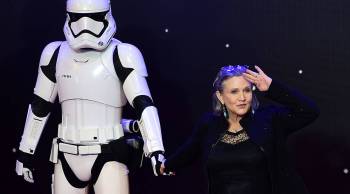