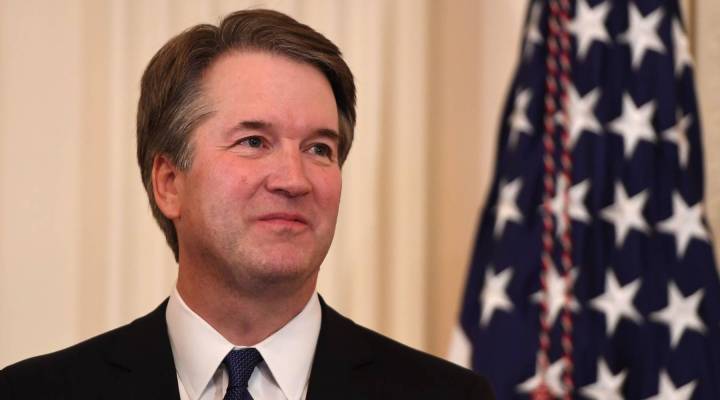 Federal appeals court judge Brett Kavanaugh, the president’s nominee for the Supreme Court, is a friend of business by many standard measures. But if he’s confirmed, don’t expect it to make the whole court pro-business.

Because the thing is, it already is, judging by the success rate of the business lobby.

Kent Greenfield, a professor at the Boston College Law School, joined us to discuss the high court’s track record when it comes to business and what it might look like in years to come. Below is an edited transcript of the interview.

Kent Greenfield: This Supreme Court, ever since [John] Roberts has been the chief justice, for a decade or more has been quite pro-business. This last term in fact, just as a reference point, the Chamber of Commerce filed briefs in 10 cases and won nine of them.

David Brancaccio: But even in cases like, for instance, the crisis health clinics that cannot be compelled to post a sign that says an abortion could be available  — that has wider impact to businesses not even connected to the health care field.

Greenfield: That’s right. One of the trends that we’ve seen over the last decade or so is that the court has been much more attuned to the notion that free speech rights come into play with run-of-the-mill regulations. So the requirements that businesses disclose information or sell information among themselves  — the court has increasingly seen that as having First Amendment free speech implications. And I think we’re going to continue to see that trend in the coming years.

Brancaccio: But you’re not saying that if Brett Kavanaugh, the federal judge gets in, that that’s irrelevant to the business agenda?

Greenfield: No, not at all. In some ways, it’s relevant in this respect. He replaced Kennedy, and [Anthony] Kennedy may have voted with liberals on issues of gay rights and occasionally on issues of abortion, but Justice Kennedy was staunchly conservative and pro-business. He wrote both the Citizens United case and the case saying that that limitations on pharmaceutical companies’ marketing activities were a violation of the First Amendment. It’s not a Trumpian nomination in the sense that it’s mainstream, conservative. We shouldn’t expect to see any big shift at least with regard to these kinds of cases going forward.