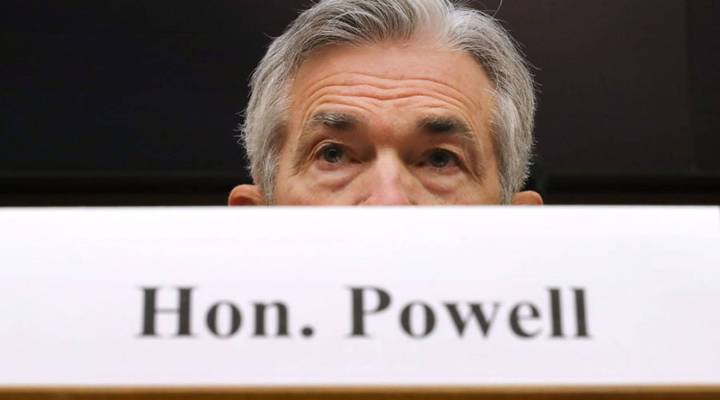 Things happen slowly at the Federal Reserve, and that includes changes in the culture. For most of its 104 year history, the Fed has been about as transparent as a fortress. Recent Fed chairs have pulled back the curtain a bit. But current Fed Chair Jerome Powell is trying to pick up the pace on transparency — within Fed limits, of course. Here’s a look at some of the Fed chairs who’ve managed to shift the culture at the central bank.

The guy in the White House: Donald Trump

Where he’s been: Powell practiced law and worked as an investment banker in New York. He spent years in private equity at The Carlyle Group in Washington, D.C. He was at Treasury during the George H.W. Bush years. He joined the Federal Reserve Board of Governors in 2012.

Culture shifting: Welcome to The People’s Fed, where average Americans understand the central bank. (And if they want to start tossing around terms like “quantitative easing” that’s OK, too.) Powell’s trying to create more transparency. There’s a lot less Fed speak, and a lot more press conferences. Eight a year, instead of four. Almost half a million followers on the Fed’s Twitter account. Powell’s not the first to lift the curtain on the Fed fortress, but he’s raising it higher.

Hindsight: We’ll get back to you on that.

The economy: Very tricky. The financial crisis was heading into the rear view. Jobs were coming back. But markets were jittery, the Fed was still dumping cheap money into the economy to keep things stable, and Yellen made the decision to turn off the tap. Her timing was crucial in raising interest rates for the first time since 2006.

The guys in the White House: Barack Obama, Donald Trump

Where she’d been: An economist at the Fed from 1977 – 1978, then a long run in academia at the London School of Economics and the University of California at Berkeley. In 2004, she became head of the Federal Reserve Bank of San Francisco; a few years later vice chair of the Fed Board of Governors in D.C. She took the chair in 2014.

Culture shifting: For the first time, there’s a woman at the helm of the Federal Reserve. And the watch word was no surprises. She kept the financial industry calm. She was also particularly concerned about the effects of unemployment, especially among younger workers. She liked to meet with community activists, visit job training centers and talk with workers. She connected. Academia was her comfort zone, but she humanized the Fed.

Hindsight: By just about all accounts, she got it right. Yellen also became the first chair in more than 30 years not to be granted a second term.

Where he’d been: Greenspan scored the academic trifecta: bachelor’s, master’s and doctorate in economics. He entered the working world in ‘48 as an analyst at the National Industrial Conference Board, then ran a New York consulting firm. In ’74 he headed to the President’s Council of Economic Advisers under President Gerald Ford where he served until 1977.  Then back to the consulting firm for a decade, and the rest is Fed history.

Culture shifting: Behold the Secret Society: Under Greenspan, the Fed became more opaque than ever. No press conferences, no announcements of interest rate hikes. Fed analysts started looking for signs in everything, even scrutinizing the way Greenspan carried his briefcase. If it tugged on his arm and looked heavy, the thinking was, he was going into an important meeting.

Hindsight: Greenspan’s policies were seen by some to have paved the way for the dot-com crisis and later, the explosion in subprime lending that led to the financial crisis and the Great Recession.

The guy in the White House: Franklin D. Roosevelt

Where he’d been: Growing up, Eccles worked in his father’s businesses. In 1916 he created a family holding company that eventually included 17 banks, which he kept from failing after the crash. In 1933 Eccles was invited to address Congress. He laid out a program to fix the economy that became the basis of the New Deal.

Culture shifting: Under Eccles, the Fed was restructured and came into its own as a truly independent body. The Banking Act of 1935 reduced the number of Fed governors to seven and bumped up their terms to 14 years. And the Treasury Secretary was shown the door. No more presiding over Fed meetings. The Fed Chair would do that now.

Hindsight: Eccles was instrumental in empowering Fed chairs to run the central bank.  After Eccles ended his run at the Fed, he returned to the banking business. In 1982, the Federal Reserve Building in Washington was named in his honor.

His term: August 1914 —  August 1916. Hamlin was the first Fed chair, although back then the title was governor.

The economy: War. The United States didn’t enter WWI until 1917, but manufacturing was already in high gear to meet demand from Europe. When the U.S. finally entered the war, the economy got even stronger and job creation exploded. From 1914 to 1918, the unemployment rate fell from 7.9 percent to 1.4 percent.

The Guy in the White House:  Woodrow Wilson

Where he’d been: Hamlin picked up a law degree at Harvard then practiced off and on from 1886 – 1913. He left the law twice to serve as Assistant Treasury Secretary. After Hamlin’s second round, Treasury Secretary William McAdoo recommended that President Wilson appoint Hamlin to lead the first Federal Reserve Board.

Culture Shifting:  There was no true Fed culture and Hamlin was pretty limited in establishing one. The Treasury Secretary still presided over meetings of the board. And given that Hamlin was practically put in the job by McAdoo, he pretty much did his former boss’s bidding.

Hindsight: Hamlin had spent some time as a diplomat and arbitrator. He knew his way around political disputes and power struggles. Those experiences came in handy as the Fed established itself as an independent federal agency. He also helped shape the organizational structure of the new Fed. But with McAdoo pulling most of the strings, Hamlin was ultimately seen as passive.