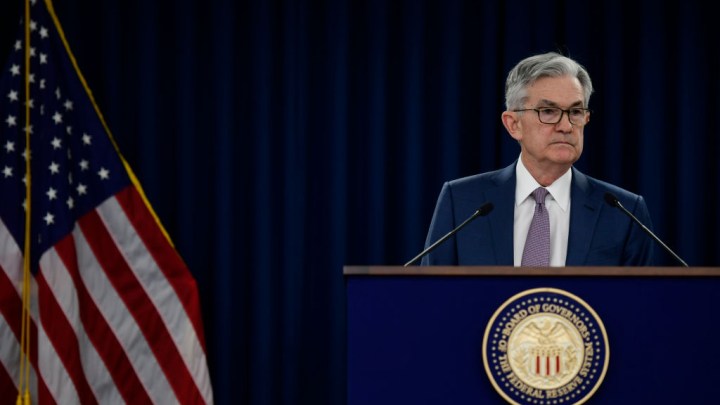 Federal Reserve Chair Jerome Powell told CBS’ “60 Minutes” that he thinks it might take until the end of next year, 2021, for the economy to recover, with a lot depending on the timing of a vaccine.

Before the U.S. economy can crawl out of this economic hole, first Powell expects the hole will get deeper. He said unemployment will likely increase through June, with as many as 1 in 4 working Americans potentially out of work at the peak of this.

Powell said we should start to see a reversal in the second half of the year — but not the so-called V-shaped recovery, or a quick return to normal.

“I would say the main thing is to get back on the road to recovery. And I think that can happen relatively soon,” Powell said. “Likely to happen in the second half of the year. That’s a reasonable expectation. After that, the path is going to depend on a range of things.”

Powell also said that timeline depends on the country avoiding a second wave of viral infections and more shutdowns.

The Fed has slashed interest rates, injected trillions of dollars of liquidity into the economy, bought corporate bonds and lent to businesses.

So, if things don’t get better fast, is there more the Fed can do? Powell said there is, such as increasing lending to businesses.

“We’re not out of ammunition by a long shot. No, there’s really no limit to what we can do with these lending programs that we have,” he said.

One thing the Fed probably will not do? Go to negative interest rates, according to Powell. President Donald Trump supports the idea, but Powell was dismissive, saying there’s mixed evidence they’re helpful.