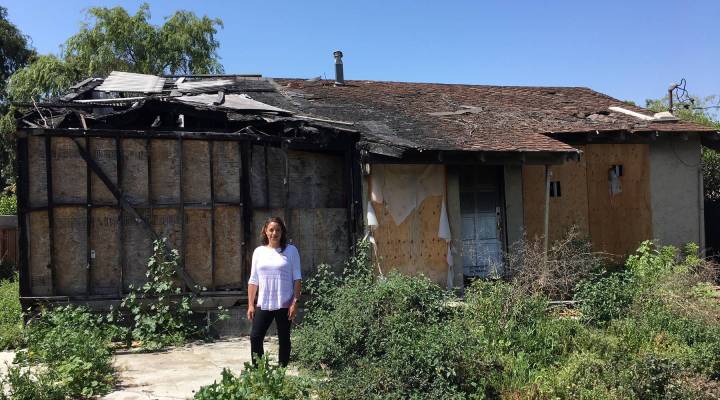 Home prices in California keep on rising. According to the California Association of Realtors, the median price of a single-family home in the state is now more than $600,000. Nationally, that number is closer to $260,000.

Put another way, you could buy two “average�� non-California houses for the price of one California house. Can’t decide between the Cape Cod or the mid-century Craftsmen? Move to the Midwest and buy both.

As California real estate prices skyrocket, house hunters are heading east, farther out from expensive cities and even out of state.

Technically, California has seen higher prices before. During the housing boom of the mid-2000’s, the median statewide price nearly broke the $600,000 barrier (and that’s without adjusting for inflation). Many parts of California are still cheaper now than they were a decade ago.

But Silicon Valley is not one of those places.

The median price of a single family home in Santa Clara County — home of Apple and Google — hit $1.4 million in May of this year, according to data from the California Association of Realtors. That’s an all-time high.

The region’s housing market has transformed any piece of available land into a veritable gold mine, no matter what sits on top of it.

Real estate agent Holly Barr says she’s never had a listing generate as much attention as the one on Bird Avenue in the San Jose neighborhood of Willow Glen. The house caught fire two years ago during a remodeling job. What was left was a burned-out husk of a California bungalow sitting on 5,800 square feet of land.

When Barr put the property on the market in April for $800,000, the listing made international headlines. It sold for over $900,000 — in less than a week. The burned down house will be razed and a new property will be built there that will likely sell for far more.

“I wasn’t surprised,” said Barr. “It’s not about the house, it’s about the land and location.”

It’s also not a surprise that with unlivable wrecks selling for that much, residents are starting to look for other places to live. According to data from the California Department of Finance, Santa Clara County lost 17,000 more residents to other parts of the state or country than they gained last year. That’s the second biggest net domestic migration loss of any county in the state.

Where are housing refugees from the Bay Area going? Many are heading to the Sacramento area, where $500,000 still gets you pretty nice digs.

Sacramento saw the largest population growth of any major city in California last year, breaking 500,000 residents for the first time. Where did they come from? Topping the list were LA and Santa Clara counties.

It’s easy to see why people would want to move from both LA and Santa Clara counties to Sacramento. A five-bedroom, three-bath home in Elk Grove, an affluent Sacramento suburb, goes for $490,000. Realtor Veronica Nelson specializes in showing what middle-class Bay Area families can get 90 miles east.

“I’ve had teachers, Kaiser employees. They commute [to the Bay],” says Nelson. “Spend a night or two with a relative in the Bay Area, and make the best of it.”

Nelson says she often talks with other Sacramento real estate agents about the influx of residents from costlier parts of the state. She worries that Sacramento is becoming unaffordable to Sacramentans — and knows some clients that are pushing even farther east.

Five years ago, Mike Wood said he’d probably get one Californian a week seriously considering buying in Nevada. Now the real estate agent gets one a day, from places like the Bay Area and Los Angeles and Sacramento.

“The reasons are almost always financial,” says Wood. “Their dollar does go further. And our prices have definitely come up over the past five years in large part because of the influx.”

That means some of Wood’s California clients who expect half a million dollars should get them a mansion in Reno are disappointed.

This story originally ran on CALmatters.