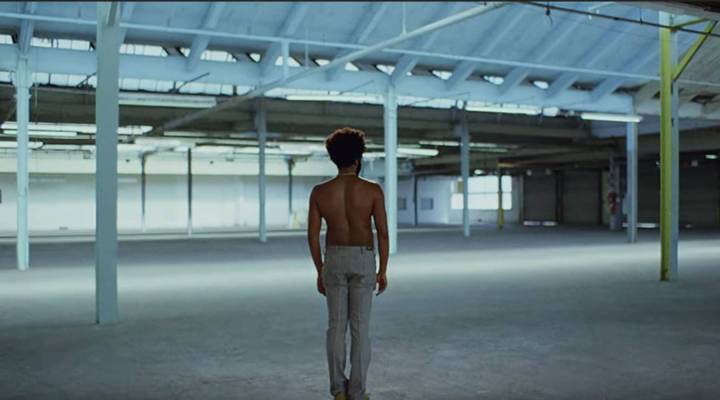 A conversation with Hiro Murai, the guy behind Childish Gambino’s "This Is America" and "Atlanta"

COPY
Hiro Murai has collaborated on multiple projects with Donald Glover, aka Childish Gambino, including his 2018 music video "This Is America." Donald Glover/Youtube

A conversation with Hiro Murai, the guy behind Childish Gambino’s "This Is America" and "Atlanta"

Hiro Murai has collaborated on multiple projects with Donald Glover, aka Childish Gambino, including his 2018 music video "This Is America." Donald Glover/Youtube
Listen Now

If you’ve heard of Donald Glover, the multihyphenate actor-comedian-producer-writer-musician who also goes by the stage name Childish Gambino, then you’re also familiar with the work of filmmaker Hiro Murai. They’ve collaborated on numerous projects over the last five years starring Glover, including creating the FX show “Atlanta” and the music video for “This Is America.”

Murai started his career in a fairly traditional way, going to film school in Los Angeles and then finding steady work in music videos. But his aesthetic and the way he thinks about his work is, in his own words, all about “finding out how elastic that box is.” The following is an edited transcript of his conversation with Marketplace host Kai Ryssdal.

Kai Ryssdal: This is going to sound like a weird question, but where did you come from, man? Because you clearly have been working in this business for a while, but now you’re, like, somebody.

Hiro Murai: Well, I don’t know about that, but —

Ryssdal: You are, trust me.

Murai: Sure. I don’t know where I came from. You know, it doesn’t feel like I’m doing anything different that I’ve been doing for the last 10 years. I think the stuff we’ve been working on has been breaking through a little bit more and it’s a little more visible. So it’s a weird feeling, you know. But I personally feel like I’m doing the same thing I was doing 10 years ago.

Ryssdal: You know, you said “we” there, the “we” is Donald Glover.

Murai: Yeah. I would say that “we” in that is Donald Glover.

Ryssdal: And you guys clearly have some meeting of the minds.

Murai: Yeah, yeah. And we it’s funny, because we’ve been asked about that a lot, our collaboration and how much we talk about what we’re trying to accomplish, and the funny part is we don’t really —

Ryssdal: I totally get that.

Murai: I think we know that we click, and what he wants to say and how I like saying it all kind of lines up, and we don’t want to ruin it by putting a label on it.

Ryssdal: That’s such an interesting construction, what he wants to say and how you think about doing it.

Murai: Yeah. You know, it’s I feel like every time we put a label on it, it kind of ruins it a little bit.

Ryssdal: I was just going to say — I wonder if you thought about it too much if it would mess it up.

“We like abstraction, and we like presenting things where you kind of had to lean in to really get the whole picture,” says Hiro Murai, left, in the studio with Kai Ryssdal.

Ryssdal: What was it about working with him that that made you say, “I’ll give this a whack”?

Murai: He just, you know, he just swings for it. The first thing we ever did together was this 30 minute short film that was about nothing, essentially. And I was used to doing music videos and promos that had a very predictable shape. It was supposed to be three minutes long, it has the song that you’re trying to push. But he just wanted to make this sort of meandering, quiet half-hour short film. And I’d just never been asked to do anything like that. So I immediately sort of engaged and it was just that kind of exploratory process that I got really sucked into.

Ryssdal: Is the idea that you can do almost anything you want now sort of a little frightening?

Ryssdal: Let me frame it: When you’re doing “Atlanta,” the first and second seasons were completely different, and you guys clearly had some change of tone. There’s “This Is America,” which clearly there was so much you wanted to say, and almost literally you can do anything you want because there was so much going on in that thing, and I wonder if that’s liberating or is it more challenging?

Murai: I think it’s liberating. I mean, because, you know, you’re always, you always have constraints. You know, a TV show has to be a certain length and, you know, you have expectations from the viewers. You know, you want to see the characters again, or you want to see certain dynamics between the characters or certain kinds of storylines. And you kind of figure out how to best fit what you want to say into that format. And a music video is the same thing. No matter what, it’s probably going to be under five minutes. It’s going to be music driven, and any sort of thing you want to say on top of the music is going to happen visually.

Ryssdal: Yeah, but then you get Beyonce doing almost whatever she wants, right? Kanye doing whatever he’s doing. So there are there are parameters beyond which certain people can explore, and you and Childish Gambino are in that category, right?

Murai: I mean, sure. I mean, you know, I think you’re right. And I think that part of the fun is finding out how elastic that box is and, you know, test the limits of what TV shows can do or what a music video can do.

Ryssdal: Back to that point in the beginning about, you know, being somebody now. Were you, just you as Hiro Murai, were you ready for what “Atlanta” became and “This Is America” began?

Murai: No, not at all. You know, it might sound naive, but for me, you know, for me, the important part is kind of making process. So I’m not super result oriented, and I just like kind of getting lost in the process of making something. And if I’m personally engaged in it, that’s what matters. So when it, when the results sort of pop like the video did, it’s very disorienting for me.

Ryssdal: So is doing these interviews just killing you?

Ryssdal: When you sit and I guess you probably storyboard these things with the production crew and you think about how it’s going to go, one of the things — and so true confession time, I’ve only seen a couple episodes of Atlanta, right? I mean, obviously, I’ve done my prep work, and I’ve read up, and I’ve watched “This Is America” half a dozen times because I’m still trying to figure out what’s going on in that that, which gets to this question: There is so much going on — and this is a very non-radio question — in the depth of the frame. You have to really look beyond what’s happening right there on the screen, if that makes any sense. And you’re nodding at me like I’m an idiot.

Ryssdal: Well it — of course you thought of that, of course that’s kind of the way you do your thing, right?

Murai: Right. I mean, I think we talked about it in the show, too, in the way the show’s set up. We like abstraction and we like presenting things where you kind of had to lean in to really get the whole picture.

Ryssdal: OK. So do you worry about losing people? I guess that’s where I was going with this question. Do you worry about stuff just flying by, people not getting it and having to watch “This Is America” six times?

Murai: I’m OK with that.

Ryssdal: There you go.

Murai: But yeah, I mean, that’s always a risk, of course.

Murai: Are you asking should I be in front of a camera?

Murai: Well, yeah, I mean, I’m the tinkerer. I’ve always preferred being behind the camera.