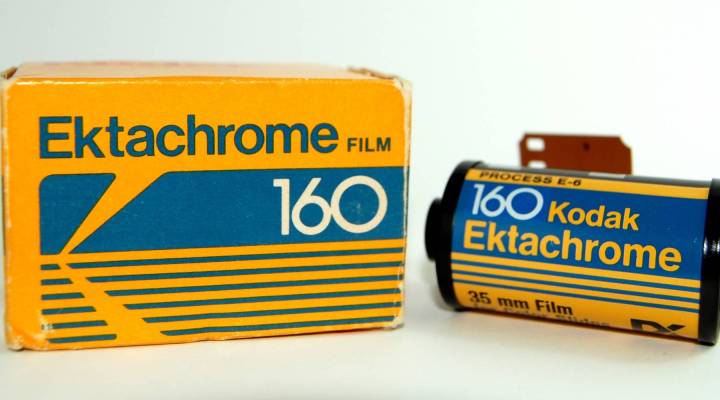 Got any old technology that you’re still nostalgic about?

There’s news that Kodak is about to bring back Ektachrome 100, a popular slide film for analog cameras, that’s been gone for five years. Launched in the 1940s, Ektachrome was one of the first commercially available color films and became the “preferred choice of magazine and advertising shooters.” (It was a favorite of National Geographic.)

With this announcement, Marketplace Morning Report host David Brancaccio asked you about about any “old” technology you still have. Here were some of your responses:

I still use wooden pencils because the @Official_LSAT ain’t gonna take itself ?

A couple of you love your Olympus cameras

I miss my little Olympus OM1 – it was a great little camera that took great photos, but the the film developing was so toxic and bad for the Earth that I just couldn’t justify keeping. It was the best camera I have ever had though.

My collection of #OMSYSTEM and #ZUKIO lenses #paperweights
Including my 1st #OLYMPUS #OM2 with #ZUKIO 1:4 50mm purchased in 1979 it still works too! pic.twitter.com/WlEkkiv7YP

Apple’s constantly coming out with new products, but some of you are sticking with the classics

We’re not sure if this listener wants tapes or ’80s British pop to make a comeback, but we’re on board with either

Listen, rolodexes are nothing to be ashamed of

There might still be a Rolodex in my bottom drawer ? @DavidBrancaccio @Marketplace

Meanwhile, others definitely know which products they *don’t* want to hold onto

It’s definitely not my Windows XP