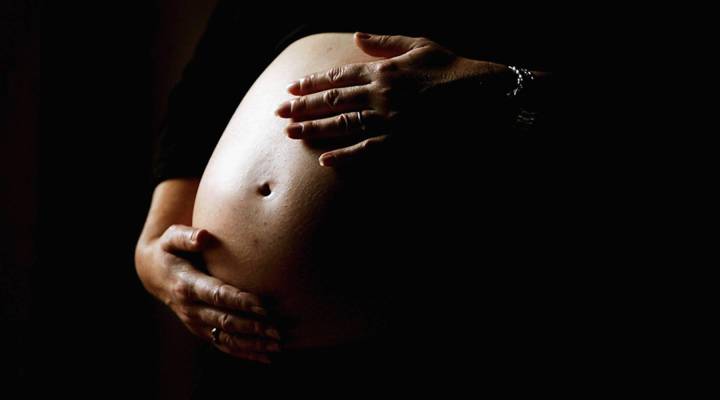 Sometimes it seems like there’s nothing that tech companies won’t try to disrupt. The new novel “Mother of Invention” by Caeli Wolfson Widger takes that idea all the way to the womb. The book tells the story of Tessa Callahan and her biotech startup, which shortens pregnancy to just nine weeks and gets rid of some of the side effects. The target audience for this tech: high-functioning, ultra-successful women who want to be mothers but want to take as little time off as possible from their lives and their work. Wolfson Widger talks with Marketplace Tech host Molly Wood about how observations from her tech recruiting firm inspired the book. Click the audio player above to hear their interview, and read an excerpt from the book below.

This is the first installment in our Marketplace Tech summer entertainment series. We’ll keep you posted about other fun, tech-related reads!

Beside her, Peter continued to sleep. Tessa considered waking him; she had just an hour until she needed to leave for the Seahorse Solutions Center in Moss Beach, headquarters of the company she’d conceived of on that morning two years ago. Today, Seahorse would begin a clinical trial of its most radical component: a breakthrough reproductive elective called Targeted Embryonic Acceleration Technology (TEAT). Because of the sensitive nature of the Trial, Tessa and her co-CEO, Luke Zimmerman, would spend as much time as possible at the facility for the nine-week duration of the Trial. The facility had a number of residential suites, and today Tessa would move into one of them. She’d be less than an hour from Peter, and he was welcome to visit, but still. She would be fully occupied with the Trial. She would probably not lie in bed with him again until it was fully under way, and the women of Cohort One were secure in their pregnancies.

The separation was critical to her work but would not be good for her marriage, which, it had turned out, was a thing that needed constant tending, like a garden of delicate flora. She tried her best, but it was tough to find enough time to be with Peter, and when she did, it was sometimes hard to get it right. When they had “downtime” together, she too often got the palpable sense of some invisible, soundless countdown taking place—an imposed urgency that distracted her. Then Peter would ask her if she was really present, which never helped.

She wanted to be more present with him. She did. But she often failed.

Click here to read the rest of Chapter 1 of “Mother of Invention.”