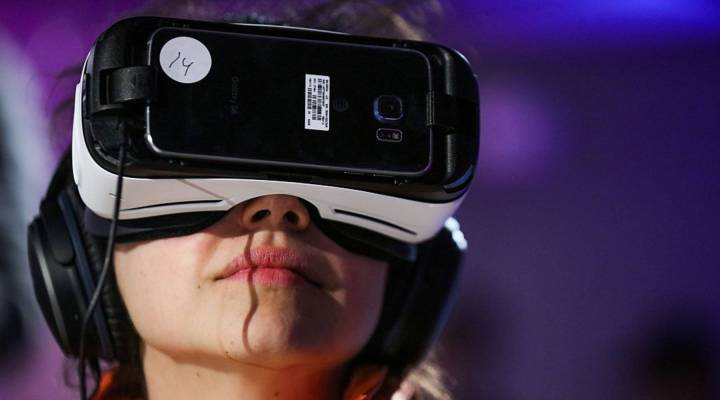 According to a report in Business Insider this week, Facebook will close about 200 of the 500 Oculus virtual reality demo stations in Best Buy stores. A spokeswoman for Oculus said the closings were “seasonal,” but there are other signs that the virtual reality market is struggling. Marketplace host Kai Ryssdal talked with Marketplace’s senior tech correspondent Molly Wood about the state of the VR market. Below is an edited transcript of their conversation.

Kai Ryssdal: So I thought VR was the hot new thing man, what the what?

Molly Wood: There is always a hot new thing, isn’t there? Look, it could be as simple as — and I have said this a million times — not wanting to go into a store and put something on your face that has been on a bunch of other people’s faces. This could just be the pink eye factor in terms of not wanting to try on Oculus headsets at Best Buy, and that’s not for nothing. There also could be a lot of people that aren’t interested in demos because, maybe they think it’s going to take too long. With Oculus in particular, it’s very likely it’s the price.

Wood:  Nobody really wants to get sucked into a really compelling demo of something that costs $600 minimum. The Samsung Gear VR unit seems to be the runaway winner. According to one report, they shipped 4.5 million of them last year. But I should note here that they were handing them out with the purchase of new smartphones. So I would ask, “How many of those are actually being used?” It’s just still really early, even though it feels like it’s not.

Ryssdal: Well, let me get you then to that adoption question. Because I’ve done a couple of demos with these things, and I’ve actually been sitting in rooms with people with them on, and it’s just weird! It’s isolating, and you think people are looking at you. Is it possible that VR is just ahead of its time, that we haven’t figured out the interface thing yet?

Wood: Yeah. In fact, I think that’s absolutely the case. It’s sort of ironic, because VR has actually been around for 75 years or more. The Sensorama was introduced in 1960. It’s kind of just always been ahead of its time, and it’s still a hard sell. Like you said, it’s isolating, you have to sort of sit by yourself or rearrange your entire man-cave around the virtual reality set up. There’s limited content, the tech isn’t perfect and it makes people nauseous. I mean, there are a lot of really significant barriers to adoption. And then on top of that, when we have so many sources of entertainment in our lives, I think people are still trying to come up with a reason why they need it.

Ryssdal: Yeah, and there’s other stuff in that category too, right?

Wood: Yeah, absolutely. There’s a ton of technology in that category and always has been. And I think you could look around the tech market and say wearables are actually — despite all of the hype — in a really similar position as a virtual reality. You couldn’t come up with a reason other than tracking your activity, which everybody does for three months, then they stop, then they gain 10 pounds, and then they start doing it again. You know, it’s a cycle but it’s not a cycle that says “I desperately have to have this.” I don’t see people wearing the Apple Watch around. But it’s not just that. The internet of things has been way slower to take off than people thought. And, mark my words, that is a category that’s going to take much longer than people expected.

Ryssdal: I will say, we have an Alexa, and other than using it to play music, it’s my daughter’s favorite Alexa-tell-me-a-joke toy. That’s it. That’s what it is for.