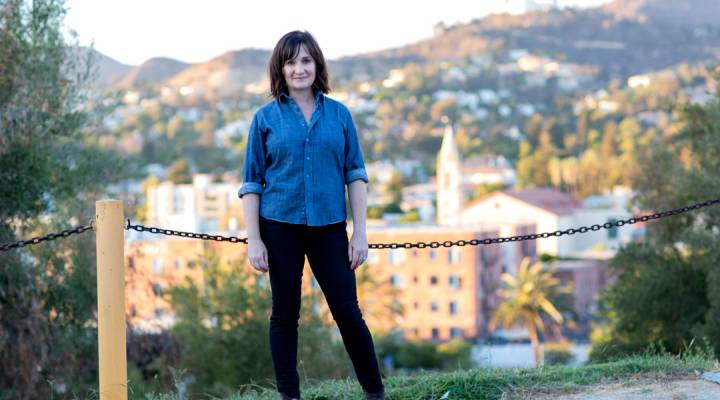 Doree Shafrir’s debut novel “Startup” centers on three main characters: Mack, Katya and Sabrina. Mack McAllister is a 28-year-old entrepreneur who runs the meditation app company TakeOff. He’s trying to raise more money to keep the company afloat. Katya Pasternack is a young journalist working for a tech blog and in search of a big scoop. Then there is Sabrina Choe Blum. She’s the wife of Katya’s boss and is back in the job market after taking time off to raise her children. She is working for none other than Takeoff. A scandal ropes their lives together and “it’s up to Katya and Sabrina to write the story the men in their lives would prefer to remain untold.”

Shafrir, a senior culture writer for BuzzFeed News, spoke with Lizzie O’Leary about startup culture. Below is an edited transcript of their conversation.

Lizzie O’Leary: I don’t want to give away kind of a major plot point on which the novel turns, but I want to paint a little bit of a picture for listeners about, you know, the fact that this is set at a startup called TakeOff, which is about cultivating mindfulness. Tell me a little bit about the central characters here.

Doree Shafrir: Sure. So one of the central characters is a guy named Mack. He is 28 years old. He has started this company. He’s had a lot of success in his life. He, I think, is what you would probably characterize as a prototypical startup bro. He certainly doesn’t see himself as a ass, but he kind of borders on it. I would say yeah. So he has this company, and he needs to raise a good chunk of money to keep the company going. There’s another character named Katya Pasternak who is a 24-year-old journalist at a tech news site called TechScene. She is told by her boss that TechScene is going to start evaluating them on a new metric, which is engagement and impact, whereas before they were just going to be evaluate on traffic. So she starts thinking, “Oh God, like, I need to get like my big story.” And then the third character is a 36-year-old woman named Sabrina who just happens to be married to Katya’s boss, and she also happens to work for Mac. She is one of the oldest people at TakeOff. Her boss is 26 years old. She was out of the workforce for about five years raising her kids, and she constantly just feels like a fish out of water.

Lizzie: So much of this book is about age and the workplace and sort of changing ways of work, and I actually want to read a passage from Sabrina’s point of view after she has been invited to the pole dancing workshop with some of her colleagues. I just want to read this little bit: “She also felt like there was something slightly more insidious going on, but you couldn’t quite put her finger on it. It was something about how you were now supposed to feel like your work was your everything: where you got your paycheck., yes, but also where you got fed and where you found your social circle. Everything had started bleeding into everything else.” What is it about the way we work now that has created this kind of culture, or do you think it’s just endemic to startups themselves?

Doree: Well, first of all, that is one of my favorite sections in the book, so thank you for picking it out. I think that it is probably heightened at startups, which have created this environment where you kind of never have to leave. You get lunch, and there’s always snacks, and, oh, everyone around you is, like, around your age and has similar interests, and everyone’s dating each other, and it feels very much like an extension of college, I think. That felt like something that is a relatively new phenomenon.

Lizzie: Did you do extra research for this, I mean, did you go hang out in, you know, companies other than BuzzFeed?

Doree: I did. I lived in New York for quite some time. But when I was working on the book, I went back to New York for about three weeks, and I met with around a dozen, I think, startup founders, and spoke to them on background and just got a sense from them about what it was like to be a founder, because I really felt like Mack was the character that was least accessible to me. I felt like it was really important to not turn him into a caricature. Like, I want people reading the book to sometimes feel some empathy for Mack, as uncomfortable as that might make them feel. So it was really important to me to talk to founders and just kind of get inside their heads a little bit, and people were very generous about giving me that time.

Lizzie: A lot of the actions of the women in this book — so Sabrina, Katya, another character — revolve around Mack, revolve around a man. How is that a commentary, or is it intended to be, on the culture of startup companies?

Doree: Yeah. I mean it was definitely intended to be a commentary on the culture of startups. Startup culture feels very male, very macho to me. It’s kind of imbued with this sense of, well, “We’re doing things for the good of the world,” which I think sometimes serves as a cover for bad behavior. So yeah, you know, that was very deliberate, and I kind of to explore how women have to navigate this very male-dominated world.

Lizzie: Where does all this take us? Are startups a force for good or are they a corrosive influence on, I don’t know, the way work culture has evolved right now?

Doree: You know, I didn’t want the book to feel like I was writing this kind of blanket condemnation of the startup world. So you’re supposed to feel like there’s some ambivalence there. And you know hopefully people can kind of draw their own conclusions about what they think.

You can hear the interview Friday on the newest episode of Marketplace Weekend. In the meantime, check out an excerpt from the book: