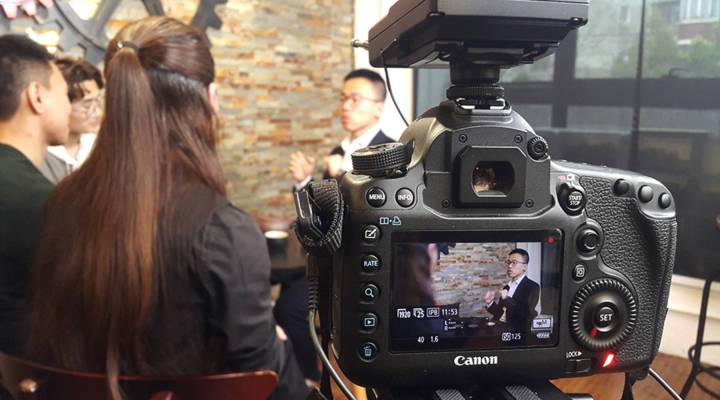 COPY
Dating expert Cheng Zhen talks with three of his fans who caught the bullet train just to see him. Jennifer Pak/Marketplace

Dating expert Cheng Zhen talks with three of his fans who caught the bullet train just to see him. Jennifer Pak/Marketplace
Listen Now

Qi Dongwei, a 32-year-old mechanical engineer, recalls having an excruciating crush on a classmate back in college. He said he would spend time with her before and after class.

“Our hands had brushed up against each other’s by accident, but I never attempted to hold her hand, not even after chasing her for two years,” Qi said.

He has not had much luck with women since, and the pressure is on.

The latest government statistics showed that there are 32 million more males than females in China. This lopsided demographic was partly caused by the country’s one-child policy, which lasted from 1979 until 2015, and many families preferred to keep boys rather than girls. Local experts estimated that nearly one in 20 men in China are likely to remain unmarried.

Local experts estimate that the number of unmarried men will double over the next 30 years.

Qi was so determined not to be one of them that he went to Shanghai to see dating coach Cheng Zhen, who runs what he calls a school of love. The discussion was filmed and later uploaded online as part of Cheng’s dating advice videos, which have 5 million subscribers. They address topics like why men in China fear that to get a date they must be rich.

“When American couples go out on dates, they usually split the bill … but in China, the man usually pays for everything. Not only that, he is expected to buy take-out for his girlfriend when she is working late and get expensive jewelry for anniversary gifts,” Cheng said in the filmed interview.

Growing up, he himself worried about finding a girlfriend. His family wasn’t wealthy, and he was a short, skinny kid with glasses.

“My mother would tell me to eat eggs and drink milk. She said I already had an ugly face, so if I didn’t grow taller, I wouldn’t be able to find a wife,” he said.

At 18, Cheng was still single and desperate for a girlfriend. While he was studying in the U.S. at Iowa’s liberal arts college, Grinnell University, he pored over books on evolutionary psychology, sociology and humanities. He even spent many hours at bars to observe how men approached women until he perfected his technique.

“I started to talk to girls, and I would be more confident than before. It worked! I got my first girlfriend in college! I was so excited,” Cheng said.

Cheng Zhen surveyed his clients in 2015 and found that 60 percent were single and either had no love interest or had one but were not actively pursuing the love interest.

After graduation, he came back to Shanghai and turned what he learned about women into a business. For the past decade, he has been sharing his methods with men who find it hard to get a girlfriend and demonstrated how he would approach me.

“Hey, Jennifer, the way you ask questions really intrigues me. I don’t know how you seem so insightful. I want to know more about you,” Cheng said.

At this point, he said he would ask me for my WeChat, which is the most popular chat app in China. Later he would invite me for a coffee. Cheng said this is how the courting process should unfold.

“But at this point, I am not saying, ‘Oh, my God, Jennifer, you’re the love of my life. I love you.’ Right? You’d be freaked out. But a lot of Chinese men, a lot of my clients are doing that,” Cheng said.

He attributed this over-eagerness partly to the fact that people in China tend to start dating much later than their American counterparts. Students are expected to focus on their studies. Moggy Yuan, who oversees video platform operations for Cheng, said she didn’t date until she went to college.

“As soon as I finished my Gaokao, the high school national exam, my mother pushed me to find a boyfriend. The day before I hadn’t even been allowed to date,” she said.

She found the turn of events amusing, but not everyone can adjust smoothly to this abrupt transition. That has created a growing market for so-called professional pick-up artists, a label commonly given in China to those helping men find women for anything from casual to long-term relationships.

The service can cost more than the average monthly salary in China.

Promotional videos of their workshops showed a team of “professional” seduction artists giving young men makeovers, helping them to take better selfies for their social media platforms and teaching them how to approach women on the street for their WeChat.

The company boasted in another online video, which has since been removed, that a student had “a good time playing with more than 200 girls.”

PUAmap and the community were criticized for training “playboys” and caught the attention of China’s police.

In a notice posted on its website dated April 4, PUAmap apologized to its members and fans and said it had “cleansed” its online video channels and social media platforms of content that were vulgar or objectified women.

“We have stopped all the teachings of ‘speedy dating’ skills and will change our focus to help (our members) find real love,” PUAmap said in its apology.

Given the smarmy image of pick-up artists recently, Cheng preferred to distance himself from the community. He told me that he offered more than just pick-up techniques.

Over the course of the interview, Cheng explained his methods by referencing an eclectic range of works: the book “The Selfish Gene” by British biologist Richard Dawkins, Bruce Lee’s theory on the one-inch punch and “The Count of Monte Cristo” movie.

“What I teach is how to be confident. I am not saying ‘Be confident.’ What I am offering is, ‘Why you are not confident,’” Cheng said.

Cheng Zhen’s e-book promises to help men get women to fall for them after a short time even if they are not tall, handsome or rich.

Business has been so good that he has now expanded into a second loft, which is set up with a bookcase and other props to be used as a back drop for his slick videos that contain free dating advice.

Cheng’s tips include washing your hair before a date and advice on whether spending more money on a woman shows that you love her more — his answer is no. That is a radical idea in a country where bachelors are only considered eligible for marriage if they have enough money to buy property.

Cheng said he and his team of 10 people upload a video once a week in addition to articles available on its social media platforms. These act as a hook to drive business to his e-book, “Become Enchanted By Me: How To Quickly Attract A Woman And Make Her Fall In Love With You Even If You’re Not Tall, Handsome Or Rich,” and audio lessons, which cost between $8 and $90.

Eric Kong, 32, Zha Maixiong, 22, and Lu Yukun, 19, were so impressed with Cheng’s dating advice that they caught the bullet train to Shanghai just to meet with him.

“After our talk, I realized that I am not a loser just because I can’t handle everything for a woman. That’s other people’s expectations,” Kong said.

Cheng said there are plenty of men like Kong out there, and he hopes his counseling can lead them to their own self-discoveries, and maybe even a date.