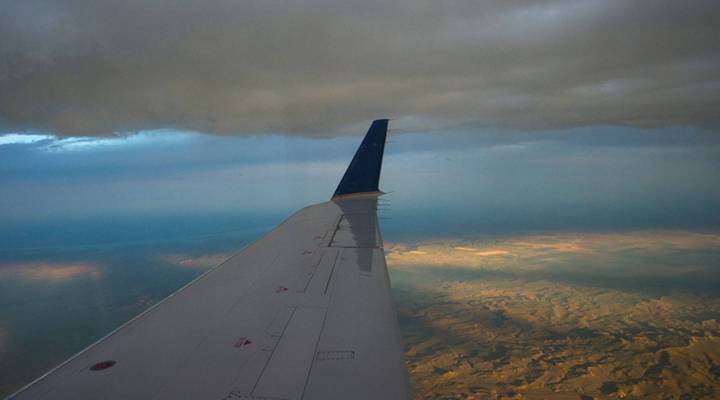 One of the defining characteristics of this economy in the decade since the financial crisis has been the uneven way that it has recovered. Generally speaking, the coasts have bounced back, but the big chunks of the middle of the country are still stuck. Marketplace host Kai Ryssdal talked to columnist Sarah Kendzior who lives in that middle area, St. Louis, Missouri, about her collection of essays called “The View From Flyover Country.” The following is an edited transcript of their conversation.

Kai Ryssdal: I want to jump to the end of this book in which you talk about — I guess it’s the irony, but I think it’s more than that — of the people and the economy and the situation that you wrote about in the middle of this country in 2012 and 2013 becoming now, five-ish years later, sort of the center of the conversation. What do you make of that?

Sarah Kendzior: Well, I’m looking forward to this book going out of date, because, you know, what I describe is systemic inequality, a lot of suffering among citizens, and not just here but nationwide. And unfortunately, these are systemic problems that weren’t dealt with well under the Obama administration and certainly aren’t being dealt with well under the Trump administration.

Ryssdal: Not dealt with, we should also say, just in the spirit of, you know, the stretch of history, in many previous administrations as well, right?

Kendzior: Yeah. I mean, these problems that I describe of people having an inability to get by, to pursue opportunities, they date back decades. And in terms of economic restructuring really began in the late ’70s, early ’80s under Reagan. And under this kind of abandonment, I think of, you know, middle-class and working-class Americans and opportunity hoarding instead by elites.

Ryssdal: Let me get to your subtitle for a second, “Dispatches From the Forgotten America.” Do you mean actively forgotten or malignantly neglected?

Kendzior: I mean, malignantly neglected is a much better term to use because that puts accountability on those who have failed the majority of American citizens, and that unfortunately is a tendency that we see, as you said, going back multiple decades.

Ryssdal: As we sit here, I think we’re now officially in the second-longest peacetime economic expansion in history. Tell me what it looks like and feels like from where you sit.

Kendzior: [laughs] I mean, that to me sounds like a joke. I mean, I guess, you know, maybe you’re talking globally — globally there has been a reduction of the worst kind of poverty. Within the United States, I don’t think that’s the case. Like where I’m sitting right now in St. Louis is near neighborhoods where people have the same life expectancy as those in Yemen or Iraq or Syria, areas of the world that have experienced war. And people look at North St. Louis, and they ask, “What happened here?” And what happened is abandonment, it’s apathy towards the suffering of the people who live there. The reason for that, I mean there’s a lot of it, but it’s largely racism. And so that’s something that certainly St. Louis hasn’t been willing to confront, and you see it in these Midwestern and Southern cities where a good part of the population has been, you know, systemically locked out of the economy for a very long period of time.

Ryssdal: Turn the page to the economic for me for a minute and give me some sense of how you would see the economic lot of people in North St. Louis or in your neighborhood or anywhere in that great stretch of this country that you and your title call “flyover country,” how they would be made better off.

Kendzior: It’s not a monolith. Everybody is struggling with different problems. But I think as people get older and they want to maybe break out, they want to enter a certain industry, there are all these prohibitive forces that are preventing them from doing so. The cost of higher education, the reliance on unpaid labor, on unpaid internships as a way to basically marginalize and keep out talented people who have something to contribute to various industries. I think most adults really don’t have much experience in what I would claim to be a functional economy. That’s the dream that the baby boomers had, that’s the lifestyle they had that they tell us about this sounds like a fairy tale.

Ryssdal: Your last couple of paragraphs in this book, I won’t call them optimistic but they’re not grim.

Kendzior: [laughs] As opposed to the rest of the book.

Ryssdal: Yeah. I wonder how you ended in that not-grim place after a couple hundred pages of, you know, anger.

Kendzior: Yeah, sure. I don’t like to think of things in terms of hope or of hopelessness. I just look pragmatically at the situation. And I think that people in the U.S. have woken up to these problems, and I think that people will continue to pursue that objective, whether those in power want it or not. It’s very unfortunate that it takes a crisis or multiple crises to kind of bring this wake-up call about. But in that sense, I’m still glad that it occurred.