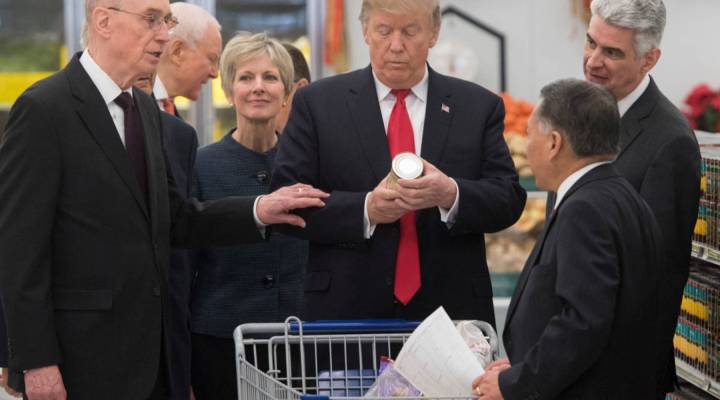 Earlier this week, President Donald Trump signed a new executive order designed to strengthen work requirements for welfare recipients. That means low-income Americans who receive food assistance, Medicaid and low-income housing subsidies might now be required to join the workforce or lose their access to such benefits. According to the order, called “Reducing poverty in America by promoting opportunity and economic mobility,” government agencies that provide these benefits have 90 days to come up with proposed plans that would impose such requirements on their recipients.

This idea of attaching a work requirement to welfare access isn’t new.

Larry Townsend was the head of the welfare department in Riverside County, California back in the late Eighties. His philosophy was to get people into a job as soon as they started to collect welfare benefits.

“But at least your foot is in the door and how well you succeed from there is up to you,” said Townsend. But there was a catch: “If you do not cooperate with us, we will take you off of welfare. Your children will still get money from us, but you won’t.”

Townsend’s approach won much praise from welfare reformers. And influenced the Clinton administration’s welfare-to-work initiative in 1996. In more recent years, Kansas and Maine have introduced similar programs. And according to a study from the Foundation for Government Accountability, work requirements work.

However, some experts have cast doubts on such analysis. The Center on Budget and Policy Priorities looked at the same data as the Foundation for Government Accountability and concluded that work requirements leave welfare recipients in poverty. To really find out if work requirements work, we need to look at what happens to welfare recipients over a period of time and not just at the very beginning, said LaDonna Pavetti, the vice president for family income support policy from the Center on Budget and Policy Priorities.

“Fifty percent of the poverty line is basically $10,000 for a family of three,” she said. “So we’re talking about really low incomes or no incomes. And that in our view is not success. What you want is to really implement programs that will help people who already work but move in and out of work, or work in very low-wage jobs, to move to better jobs.”

Pavetti said that work requirements have never been shown to do that.

One of the reasons why work requirement are gaining support today despite having mixed results is the declining labor force participation.

“There is an interest in trying to find a scapegoat and public benefit programs are that,” said Pavetti. “There are many things going on in the labor market that really have contributed to changes in who’s able to get work and how much people are able to work and how how long they work.”

However, it’s usually not the working age population who bears the brunt of cuts and reforms to welfare programs like strengthening of the work requirements, according to Peggy Morache, the executive director of FISH community food bank in Ellensburg, Washington. Then food bank has been around for nearly 50 years.

“In our experience here at FISH, it’s the children and the elderly who eventually feel the brunt of cuts and changes like this,” she said. “Parents are struggling as it is and when there are further cuts and further requirements put on them, it just makes their life more difficult and therefore makes the child’s life more difficult.”

We’d like to hear from you — what are the questions or thoughts you have about President Trump’s welfare proposal? What could it mean for you and your family? Do you worry about it? Or do you support the change and agree that work is the way out of poverty?