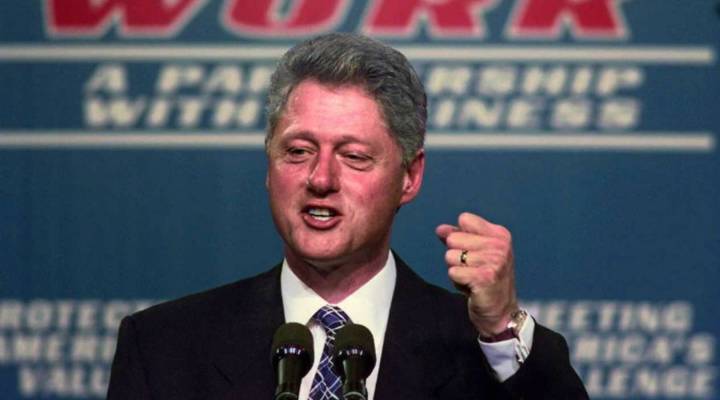 When Marketplace’s Wealth and Poverty team started reporting on welfare reform almost a year ago, our goal was to follow the money. We wanted to know how federal welfare dollars were spent and to what impact.

The answers involved nine months of digging deep into Excel spreadsheets, government contracts and state budgets, and the result was season one of our new podcast The Uncertain Hour. We not only learned about where the money went, but the effect this reform, enacted in 1996, has had on our country.

Today—20 years after welfare reform—what do we know about welfare?

We know most poor families don’t receive any cash assistance at all. In 2014, just 23 out of every 100 families living in poverty received a welfare check. In California, it’s about $700 per month for a family of three. In Texas, it’s about $280.

We know that with welfare reform came work requirements, sanctions and time limits—all of which changed on the lives of welfare recipients.

Along the way, we met some incredible people.

There’s Ruby Duncan. She became a welfare rights activist in the 1960s when she learned—while shopping at a grocery store—that white mothers were getting larger welfare checks than black mothers.

Josephine Moore, a single mother in West Virginia who Marketplace followed nearly 20 years ago when welfare-to-work programs were still new. In the years since, she never returned to welfare. But she did sell blood plasma to make ends meet. And she does collect cans to redeem for cash.

Larry Townsend, the “magic bureaucrat,” who in some ways created the national blueprint for welfare reform, starting with a pilot program in his county welfare department in Riverside, California.

And Elana Gamble who was a single mother attending community college when welfare reform happened. She was forced to drop out of school to remain eligible for benefits. She said she’ll always wonder how far she could have gone with a degree.

Throughout the course of our reporting, we discovered some surprises when it came to funding.

Welfare reform created a new program, called Temporary Assistance for Needy Families (TANF), which provides $16.5 billion in federal block grants—an amount that has not been adjusted for inflation since 1996—to states. While states have a lot of discretion in how they spend welfare money, all spending is supposed to relate back to one of four purposes:

A lot of welfare money goes to job training and childcare. But money has also gone to surprising things like college scholarships for middle-income kids (justified under purpose 3); marriage counseling for middle-class couples (purposes 3 and 4); crisis pregnancy centers that discourage women from seeking abortions (also purposes 3 and 4).

So, after months of reporting, welfare reform is raising another question for us: “Wait, this is welfare?”

You can listen to these stories and more on The Uncertain Hour.