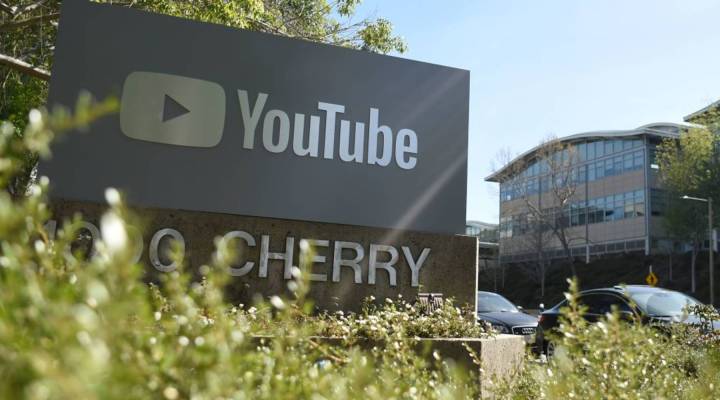 As you’ve been hearing, a shooting at Alphabet-Google’s YouTube yesterday has left three wounded and the assailant dead. Authorities say Nasim Aghdam of San Diego used to try to make money off her videos on YouTube, but felt censored and ripped off.

The violent incident raises questions about how workplaces can help protect their employees — and deal with the ones who feel aggrieved.

Larry Barton, a workplace violence consultant who works with companies to create firearms policies and other security policies, joined us to discuss some of the measures companies should consider taking. Below is an edited transcript.

David Brancaccio: We’ve been covering this ongoing story about what schools might do to stop a shooter from getting in. What do you tell companies?

Larry Barton: So the first is we have to break denial, and then the second is we really have to create situational awareness so that they understand this is a society menace — without creating paranoia.

Brancaccio: I mean, you worry that the first line of defense at a typical company might be the receptionist.

Barton: Well, the receptionist is actually one of the most vulnerable people in any office environment, any environment anywhere, actually. We’ve studied about 30 years of tragedies, both of shooters and people who walk in with a baseball bat. And you know what, we often don’t include them in the training that’s offered, in terms of protecting the workplace. And these are our front faces. So there’s a lot of work to be done.

Brancaccio: Give me a sense of some best practices when it comes to the specific case of stakeholders. Could be an employer or an ex-employee or a customer who has already been identified as angry, and might come back and do harm.

Barton: What I’m worried about is, I call it “the grievance collector.” It’s the person who’s written multiple blogs, written multiple letters, visited the property, is someone who has become obsessed. We’ve seen that with an LAPD officer years ago. We saw it at the Discovery Channel with somebody who was a viewer who ultimately gave up his grievance to come in and literally take people hostage. We’ve seen it obviously in terms of YouTube, somebody who was obsessed and angry. So these situations have gone on for about 30 years. But the grievance needs to be taken seriously, especially if somebody is willing to die for it.

Brancaccio: So perhaps a company notices a pattern that there’s a collection of grievances, but what can they do?

Barton: Well, there’s several options. If an employer does find someone is angry, first they have to understand that some people will be angry and legitimately are such. And there’s way to talk with them. But the grievance collector does require a special art. There are ways that we can listen to that person, sometimes meet with them, sometimes talk with them on the phone, and in other cases, we have to call law enforcement because their threats are so serious, so tangible that we may need to do a wellness check where a police officer will knock on their door and just try to make sure that they are aware that there are consequences for the words or their actions. So this is complicated.