COPY
Signs for company Cambridge Analytica in the lobby of the building in which they are based on March 21, 2018 in London, England. Chris J Ratcliffe/Getty Images
Facebook Fallout

Signs for company Cambridge Analytica in the lobby of the building in which they are based on March 21, 2018 in London, England. Chris J Ratcliffe/Getty Images
Listen Now

Before most people had even heard of Cambridge Analytica and what it had been doing with all that Facebook data, David Carroll, associate professor of media design at the New School’s Parsons School of Design in New York filed a legal claim in the United Kingdom against the company.

Early last year, he used a British data protection law to request the data that Cambridge Analytica had gathered on him. Though he received some data from the company about a month later, he says it was incomplete. Last week, Carroll filed a legal claim in the United Kingdom to try to force Cambridge Analytica to send him all of the data it’s gathered on him and explain how they arrived at the predictions they made about him.

He talked with Marketplace’s Kai Ryssdal about why he’s taking legal action. The following is an edited transcript of their conversation:

Kai Ryssdal: Do me a favor and walk me through why you’re the guy filing the complaint against Cambridge Analytica.

David Carroll: I think I was the first American citizen to request my data back in January of 2017 and when I finally got it in March it was a bit of a revelation and started me on this journey that got me to where I am now where we have filed the claim in British court against the company.

Ryssdal: The British court part is important. Help us understand why it’s there and not here.

Carroll: When I requested the data, it came from the U.K. and it verified our hypothesis that U.S. voter data was processed in the United Kingdom and therefore is subject to U.K. law. And luckily for Americans, U.K. law is so much stronger than our laws here. And so we actually get rights in our former colonizer. How weird is that?

Ryssdal: What did you find out about yourself when you got this — what was it, like a data file or something, what was it?

Carroll: Yeah, I got a letter from the company and then an Excel spreadsheet and it had my voter registration, it had some historical results of my district. And then it had this model which was an attempt to predict my political beliefs and my likelihood to participate and what my, the sort of deviation from what I was registered as to what I actually believed.

Ryssdal: How did how did it do guessing your political affiliation and all the rest of it?

Carroll: It did a good job with guessing my affiliation. It called me a very unlikely Republican. I have to admit that’s true. And it ranked 10 issues, ranking them one to 10. And that was very peculiar. It was hard to understand what it meant if it was accurate and how they got it.

Ryssdal: What kinds of things — I mean give me some sort of keyword phrases and identifiers.

Ryssdal: Cambridge Analytica says it’s got 5,000 data points on many, many millions of people out there. How many data points were in your profile that you got?

Carroll: I mean, a little more than a dozen. So not even close to the 5,000 that Alexander Nix claims to have on every voter.

Ryssdal: One does wonder what you’re not seeing then?

Carroll: Indeed it does and that’s what our claim is about, actually. It’s OK, this is some data, but we know there’s more so we’re asking for all of it.

Ryssdal: You’re a media design guy at Parsons in New York. Why has this become an issue for you? What do you believe is at stake?

Carroll: Well, I’ve been in the industry, related to advertising and marketing and ad tech and I was an entrepreneur for a little while, had a startup. I know how the default settings give away all of our data. So in 2015, I was kind of blowing the whistle in a way. I was like, this is going to blow up in our faces. There is harm that’s going to happen. The big thing that advertisers say is “what’s the harm? There’s no harm in targeting people for ads.” Now we know. There really is huge harm in not having any protections, not having any rights. So it’s a big wake up call for us that we need to have the same rights that they have in Britain and the EU.

Ryssdal: What do you think the harm is? Because there are no small number of people out there who say you know what I actually want targeted advertising. I don’t want to get an ad for a rental car I want an ad for Kit Kat or whatever.

Carroll: Sure. But the same technology is used for politics. And so the privacy of the voting booth is under assault. So when people say I have nothing to hide, well dig into this Cambridge Analytica, SCL story. And do you still think that’s true? 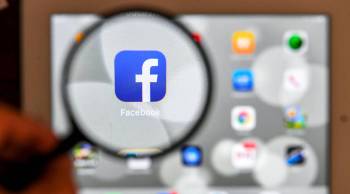