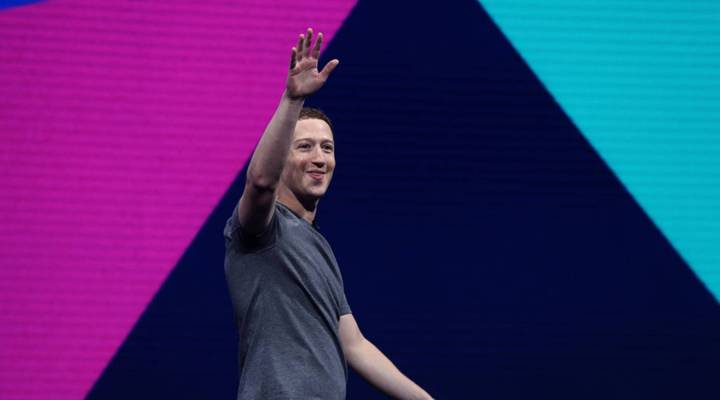 Mark Zuckerberg isn't a British citizen, so he can't be compelled to appear before the United Kingdom Parliament. Justin Sullivan/Getty Images
Listen Now

While it’s not yet clear whether Facebook CEO Mark Zuckerberg will testify before Congress about Facebook’s role in the Cambridge Analytica scandal, CNN reported today that the company is strategizing about a possibly testimony. However, Mark Zuckerberg has rejected a request to appear before the United Kingdom Parliament. In a letter to a member of Parliament, another Facebook executive wrote that Zuckerberg would send deputies instead. Marketplace host Kai Ryssdal talked with Stephen Beard, Marketplace’s London bureau chief, for some context on the news. The following is an edited transcript of their conversation.

Kai Ryssdal: So quickly, what is this committee, I guess, looking into?

Stephen Beard: Data mining, data manipulation and fake news. It invited Mark Zuckerberg to appear after the allegations surfaced about the 50 million Facebook users whose data had been abused and exploited during the U.S. presidential election. The committee in fact had invited him to appear twice before and been rebuffed. So it can’t have been that surprised by rebuff No. 3. Nevertheless, the lawmaker who chairs the committee said he was absolutely “astonished” that Zuckerberg was refusing to appear given the seriousness of the allegations, and he urged the Facebook boss to think again.

Ryssdal: Do you think Zuckerberg has anything to lose by not getting on a plane and going over there?

Beard: Well, they can’t force him. He could be declared in contempt of Parliament, and he might then have to reason with an official in stockings called the Black Rod. However, he’s not a British citizen, so he can’t be compelled. In reputational terms, I suppose it’s a little damaging, but he’s already suffered a lot of reputational damage on that side of the pond. It’s interesting because Rupert Murdoch — also not a British citizen — was once summoned to appear before a parliamentary committee over the phone hacking scandal. He actually did turn up, but he got a bit of a mauling, actually, and as it happens, a protester threw a cream pie at him.

Beard: Not a happy experience.

Ryssdal: But to that end, right, of Zuckerberg clearly wanting to be able to do business both in the U.K. and in the wider European market, what are the risks of, you know — in essence by thumbing his nose at the Brits, does he risk more swift and substantive regulation of Facebook and all the rest?

Beard: Tougher regulation is already on its way. The U.K. Information Regulator is going to get additional powers very shortly. A new [European Union]-wide data protection law comes into force in May with multimillion dollar fines for companies that don’t adequately protect data. So the screws are already tightening a bit on Facebook. The bigger threat, I imagine, is the threat to its business model whether advertisers do shy away from the platform because of fears of a consumer backlash. No major signs of that, however, in Europe yet.