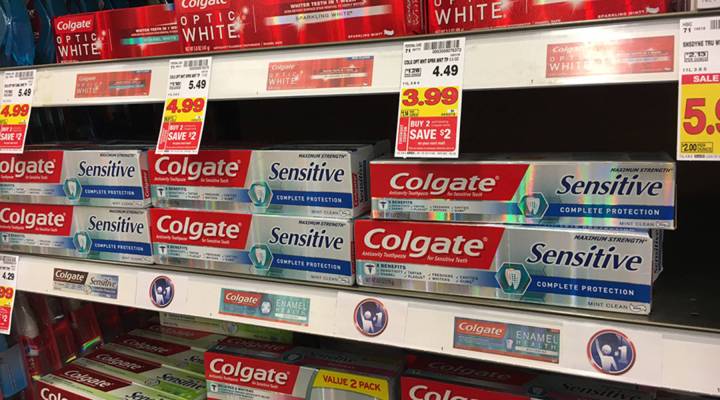 Listener Grant Cohoe of Cambridge, Massachusetts, had this question:

Wandering down the dental aisle at my local supermarket, I’ve always wondered why it is that mint is so ubiquitous in toothpaste, mouthwash and the like? I’m personally not a fan of mint. Where does mint come from, and what are the economics?

According to journalist Charles Duhigg, whose book “The Power of Habit” tracks the history of toothpaste marketing in the U.S., the ubiquity of mint flavoring in today’s dental hygiene products can be traced to the introduction of a new-fangled toothpaste to U.S. consumers in the early 1900s. It was called Pepsodent.

And Duhigg said the success of Pepsodent, in turn, can be chalked up to a savvy marketing campaign by one of America’s early leading ad men: Claude C. Hopkins.

Hopkins was responsible for popularizing numerous brands — from Schlitz beer to Ivory soap to Goodyear tires. “He was this bon vivant,” said Duhigg. “He was so successful, he wrote an autobiography with a chapter on how hard it was for him to spend all of the money he had earned.”

As Duhigg recounts the story, Hopkins was pitched on pitching Pepsodent, and initially turned the job down. Americans suffered a lot of tooth decay in the early 1900s, but hardly anyone brushed.

But Hopkins was ultimately sold on the idea, and he launched a nationwide ad campaign with posters and billboards warning that a “dingy film” was covering people’s teeth, and that if they brushed with Pepsodent, they could have “pretty” teeth and a movie-star smile.

“Within five years of Hopkins’ launching his advertising campaign, something like 60 percent of American households had Pepsodent in their bathrooms,” said Duhigg. “This is the creation of a national tooth-brushing habit that basically didn’t even exist before Claude Hopkins came along.”

But Duhigg argues the brand might not have succeeded if it weren’t for Pepsodent’s unique ingredient list. The inventor “had decided to add a little bit of mint extract. Mint extract, as well as a couple of other ingredients that he added, are irritants. They cause our tongues and our gum to tingle.”

And the effect of that tingling? It told people that “the toothpaste was working,” said Duhigg, “even though it had nothing to do with how the toothpaste actually worked. And people began to equate that tingling feeling with good dental hygiene. And as a result they began to crave it.”

Catalina Lee, worldwide flavors director at Colgate-Palmolive, explained how a key active ingredient of mint — menthol — works: “Menthol is capable to send to the brain a sensation that you have ice in your mouth. … So it’s like it tricks your brain. It stays in the mouth for a little bit, prolonging this clean sensation.”

A spokesperson for Colgate-Palmolive said the company is the biggest buyer of U.S.-produced mint oil, and that the company purchases more of its mint from U.S. suppliers than any other country. Mint is grown primarily in the Pacific Northwest (Washington, Oregon and Idaho), with smaller crops coming from several Midwestern states.

Washington State is the top producer in the U.S., and Kene Christensen chairs the state’s Mint Growers Association. His family operates a farm in Othello, Washington, about 200 miles east of Seattle. It’s in the state’s agricultural heartland, a vast high plateau that is watered by the Columbia Basin Irrigation Project fed by the Grand Coulee Dam.

Kene Christensen’s family farms about 1,000 acres of mint in Central Washington State. The land is irrigated by water that comes from the Grand Coulee Dam on the Columbia River

The farm raises several spearmint varieties on about 1,000 acres — not even a very large farm by local standards, said Christensen. The plants are perennial, returning for five to eight years, and grow to several feet high by late summer. “We harvest it, let it dry, chop it, load it into wagons that you can haul down the road to the stills. We hook up a steam line on the bottom. Inside, we’ll have our mint oil, drain off the water, and then we pump it directly into barrels.”

Catalina Lee said the dominance of mint as a flavoring in dental products comes down to consumer preference. She said the company has introduced non-mint flavors over the years, but few have taken off. There are a few alternatives available — such as cinnamon and baking soda — and Lee said many children prefer strawberry and other fruit flavors.

In some countries, non-mint flavors are more popular, she said. “In India they like spices: fennel, amla, neem or clove. And in China they like tea flavors, floral flavors. Jasmine is very well-liked.”

But in the U.S., she said, consumers keep voting with their mouths — for mint. 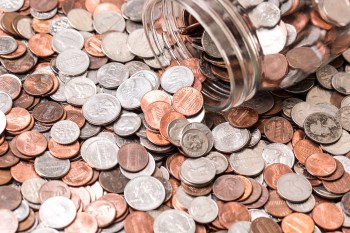 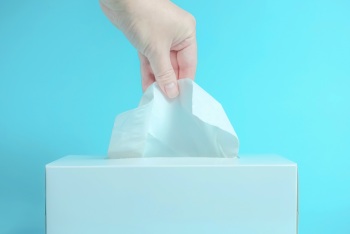