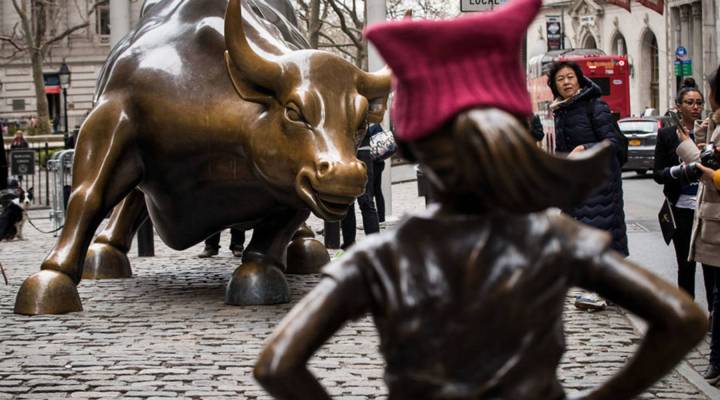 The #MeToo movement has made some serious waves in a few industries — movies, journalism — and we’re sure to hear about #MeToo and #TimesUp at the Oscars this weekend. But in the financial industry, the impact of these movements is mixed. Women on Wall Street say they “wear black every day” and it doesn’t make a difference. Bethany McLean wrote about it in Vanity Fair. In the ’80s and ’90s, when women were entering the workforce on Wall Street in larger numbers, harassment was explicit and prevalent. We asked how the environment has changed since then.

Kai Ryssdal: Is it better for women on Wall Street today than it used to be?

Bethany McLean: On the surface it’s much better. Wall Street is much more bureaucratic than it used to be. The #MeToo movement in a weird way started back in the 1990s when women began bringing lawsuits, the most famous of which was the so-called Boom-Boom Room, and the overt sexual harassment has really declined. But the stories I heard from women are those of, let’s call it economic harassment, because you’re a woman, your career is hurt in ways ranging from a boss who won’t be alone with women to ways in which plum assignments are just directed to men. And so those subtle forms of discrimination are almost in a way harder to fight than the more overt things.

Ryssdal: I wonder if it’s different somehow in the financial field, specifically because, you know, it goes back to the old “Masters of the Universe” thing, right? You are rewarded for your toughness, for your willingness to, you know, tear somebody’s heart out and bankrupt them, and all of that.

McLean: I think that’s definitely something that is a reason why women on Wall Street have not spoken out en masse. You adopt the traits of the dominant culture, right, for survival. And the dominant culture is one of toughness, and you’re going to take pride in how tough you’ve become. And then there’s no way you’re going to complain, because you wear your toughness as a badge of honor.

Ryssdal: You actually tell a story of a woman, I think the words she used was “I was an assassin for this firm for 30 years, I would have done anything,” and then something changed and now I think she says, “I’m a sheep” now, right?

McLean: Basically, that’s what happened. It was a woman who did everything right. And this was one of the heartbreaking things about this story for me was that you could make a lot of mistakes as I did when I was a young person on Wall Street, or you can basically do everything right, and doing everything right doesn’t always save you. And what I mean by that is that this women was tough, and she was a huge producer at her firm, did very well financially. And yet when she thought she had the place in the firm to speak out about behavior on the desk she worked on that she found inappropriate — racist comments, sexist comments — she found the boys’ club closed its ranks against her. And it changed her attitude toward her job. And that’s what I mean by the subtle ways in which women’s careers are derailed. You work a little less hard, you’re a little less all-in, because it just becomes too painful.

Ryssdal: You have experience, as you said back there, you were a junior analyst on Wall Street, Goldman, right, in like the early ’90s.

McLean: I was. That was my first job out of college.

McLean: Well, I found it a tough environment. For many years, I would have said the problems I encountered were my own fault. And what I mean be that is when I started, I was in a less than ideal work environment and ended up with a senior man who who essentially told me I was failing at my career and extended an offer of friendship, but one that came with strings. And I think for many years, I would have thought that this situation, which really damaged my self-confidence, was all my fault, that I should have handled it better, I should have done something different. And it was actually fascinating when the #MeToo movement started last fall to think of this through that lens and think, “Oh wait, he was a senior man who had a girlfriend. How was this OK?”

Ryssdal: So let’s get to the as-yet unasked question in this interview, but you talked about it in the piece: Where and when are we going to get the Harvey Weinstein of Wall Street?

McLean: I actually do not think we will. I would be shocked if there were a Wall Street figure, a current Wall Street figure with stature of that magnitude who was engaged in actions that were that egregious. I just think Wall Street cleaned up that aspect, but that doesn’t mean that life has gotten better for women on Wall Street. And I worry that there will be a myopic fixation on sexual harassment in a way that ignores the other issues that can hold back women’s careers or might even exacerbate them. 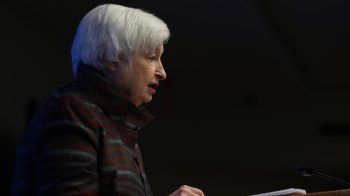