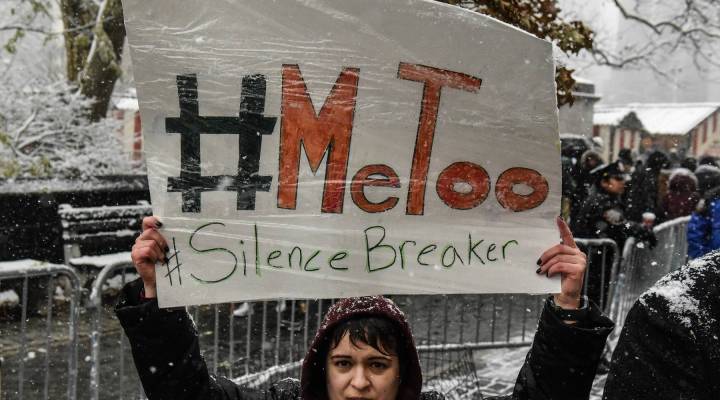 More and more women have been willing to speak out about harassment and assault in the workplace since the #MeToo movement began last fall. And employers want to ensure they have no reason to do so – mainly for liability reasons. That’s why they’ve begun to feel more wary about hiring, as Corinne Jones can attest.

Jones is an HR consultant in New York City. For months her clients, mostly small companies, have been peppering her with questions on how to avoid hiring a potential harasser. Many are paying her a couple hundred dollars for various background checks that they hand’t performed in the past. And when she investigates a candidate, Jones doesn’t just call the references a candidate supplies.

“We’re rather calling former employers, talking to colleagues, co-workers, supervisors, people they wouldn’t necessarily have listed to understand what the day to day working relationship was like with that individual,” she said.

All in an effort to sniff out someone with an unsavory past.

Jones said that among her clients, financial firms are particularly concerned. Wall Street for years has had employees sign agreements promising to keep confidential any disputes over harassment. But a recently enacted New York State law will ban such agreements beginning in July. Washington State has a similar law; other states are following suit.

“In the financial industry this has been an area they’ve always been able to stand behind or hide behind,” Jones said. “And that’s not something they’re going to be able to continue to do.”

Alonzo Martinez is associate counsel for compliance at HireRight. He said a background check package for an executive is typically around $1,000.

“We’ve had these high profile hire situations where employers are looking at things like validating an individual’s arrest records,” he said.

Potential employers want to check out any arrest that was related to harassment or assault – even when there was no conviction. It’s an extra step they’re taking in the #MeToo climate.

“Looking at arrest records is far more broad and far more problematic for employers,” Martinez said. “Because […] an arrest record does not necessarily mean that an individual has truly and conclusively been convicted of a crime.”

They could have been falsely accused. Still, employers are weighing arrests as a possible clue to future behavior. But Martinez cautions that they need to carefully consider that information.

Minna Kotkin is a professor at Brooklyn Law School and an expert on employment law. She said any background search needs to sort rumor from reality. The challenge is sometimes getting former employers to open up. They’re not in the habit of divulging much.

“They’re concerned about defamation,” she said. “So generally most companies will only give dates of employment. So it requires the company that’s hiring to do some digging.”

As Jones did recently on behalf of a client. She discovered a candidate for a VP role had a years-old criminal conviction around what she described as harassment and assault. That led her to track down a former employer. He opened up about the employee’s inappropriate behavior, and, Jones said, “Some other potentially disastrous behavior as it related to finances and access to company information.”

The candidate was dropped from the search.

But weeding through a person’s past isn’t the only precaution that employers are taking these days, says Kotkin. When they hire the top brass, some are insuring against future scandals. She’s seeing more contracts that include an indemnification provision, part of a contract stating that if the executive harasses a colleague who then sues the company, that executive must pay all legal costs and damages.