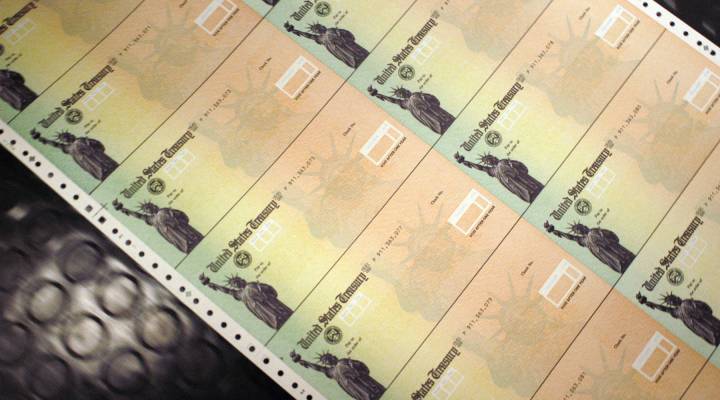 Here’s a teachable moment about how strange the Social Security system can be: President Donald Trump, who by his own account is a wealthy man, could be getting a big extra bonus every year because he is a later-in-life dad.

ProPublica editor at large Allan Sloan, also a Marketplace regular, figured this out with Urban Institute economist C. Eugene Steuerle. Sloan joined us to discuss why Trump is eligible for this extra cash, and some of the other quirks in the system.

David Brancaccio: So walk us through how this works. President Trump could get more Social Security because of what, because of who?

Allan Sloan: Because he has an 11-year-old child. If you’re drawing Social Security retirement benefits and you have a child under 18, you get an extra amount of money. And by the calculations of Gene Steuerle and the people at his organization, we’re estimating that if Trump is drawing Social Security — which I think he is — he’s getting an extra $15,000 because his son Barron Trump is only 11 years old.

Brancaccio: All right, so first of all, we don’t know if President Trump is taking this benefit, but we believe he’s eligible for it.

Brancaccio: OK, so no answer there. So it could be an extra $15,000 put into the president’s bank account by the Social Security system. That number — 15,000 — is interesting when you think of its scale.

Sloan: It is, because shockingly, the average retirement benefit for Social Security retirees is $16,000 and change.

Brancaccio: This is an idiosyncrasy in the Social Security system and it’s not alone.

Sloan: It’s just an oddball thing. One of them is the equal earner penalty, where if you have a husband and wife each earning $40,000 a year and you have another couple with a stay-at-home spouse and the other spouse earning 80, the place with the $80,000 one-income ends up with a bigger benefit than the two 40s, even though the taxes paid are exactly the same. It’s how the system was set up. It’s just not right.

Brancaccio: Underlying all of this is a Social Security trust fund that many analysts say needs some topping up.

Sloan: The thing will be out of money in about 15 years. And theoretically, if the fund runs out of money, benefits are cut 25 percent or something like that. And, you know, the time to talk about this is now. It’s not when people are screaming and the trust fund has 12 minutes left. And this is our attempt to get something resembling a rational conversation started, which is not easy these days when rationality seems to be in short supply.