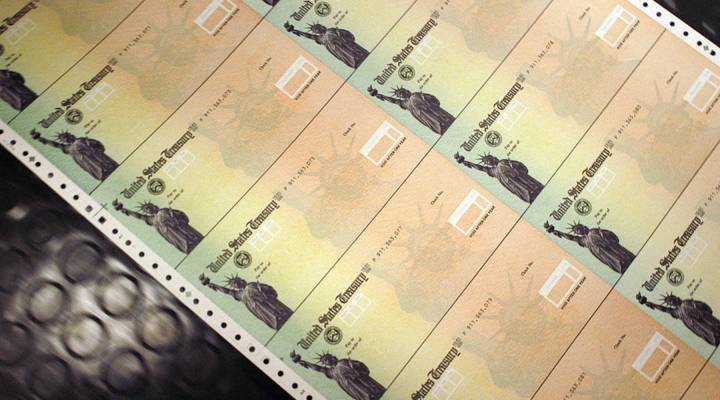 President Donald Trump’s pick to run the Office of Management and Budget has had some rocky moments during his Senate hearings.

Democrats questioned South Carolina Congressman John Mulvaney about his failure to pay federal taxes for a nanny, an issue that has previously thwarted some nominees for high posts. Defense hawks also haven’t forgotten his willingness to cut the Pentagon budget.

Now, his interest in cutting Social Security and Medicare has drawn headlines. Marketplace’s senior economics contributor Chris Farrell joined us to discuss whether the Trump White House will actually reduce these benefits.

David Brancaccio: Chris, where do you think Social Security and Medicare are going under President Trump?

Chris Farrell: On the one hand, the Republicans have the presidency, they have both houses of Congress. And so within grasp is that dream of making major benefit cuts to Social Security and Medicare. So among the ideas that Mulvaney during his testimony supported, was raising the retirement age on Social Security and means-testing Medicare.

Brancaccio: Hey, Chris, I know you have another hand.

Farrell: Here it is: Trump has been consistent that he sees no reason to cut Social Security. And I think he really understands that his base relies on and likes Social Security, and believes that they have earned their benefits.

Brancaccio: What is your bet, though, about which way this goes?

Farrell: There was this wonderful Pew Research survey back in March. And of registered voters, 71 percent said, look, don’t cut benefits on Social Security. Of the Trump supporters, 73 percent. So Mulvaney can say what he wants. Paul Ryan, the speaker of the House, can say what they want. Trump’s going to say, hey, why touch it?

Brancaccio: The Speaker of the House does have some authority. Paul Ryan seems determined to change Medicare. He likes an idea called “premium support,” which I think is to effectively provide a fixed-dollar subsidy that seniors would use to purchase Medicare insurance. But you can see that the risk of absorbing health care price increases might shift from taxpayers more broadly to seniors, right?

Farrell: My own sense here is there’s no big drive on the part of the White House to go after Medicare. And there are concerns about standards of living in retirement. And among less-educated, white, middle-aged men — particularly in the south — their life expectancy has stagnated. So you start looking around the landscape and you just get the sense that this is a conversation that’s going on in Washington, D.C. and it’s not a conversation that’s going on the rest of the country. And one of the strengths of Trump is that he’s heard what’s been going on in the country, not what’s been going on in Washington.