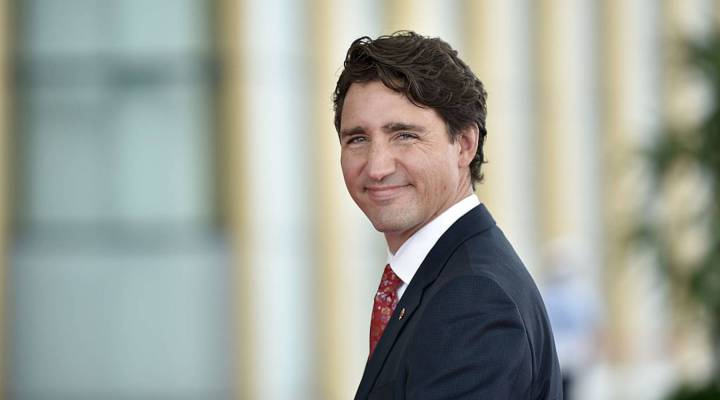 The applications are in, but we won’t know until next year which of the 238 towns, cities, regions, provinces and territories will become the location for Amazon’s second headquarters. That distinction could also bring along 50,000 jobs to the winning location.

While big U.S. cities like New York are major contenders, one Washington Post columnist has a very different region in mind. And that region isn’t even in the U.S.

Allan Sloan, a Marketplace regular, stopped by to discuss why he thinks Amazon will set up shop north of the border. Below is an edited transcript.

David Brancaccio: Now some people have set up brackets like it’s a March Madness competition or something Pensacola versus Mobile or something. And I got warm feelings toward just about every place on this Amazon list — some more than others. But you, Allan, already know who’s going to win?

Sloan: That’s a-boot where it is.

Brancaccio: Stop with the Canadian attempt. Now, why north of the border?

Brancaccio: All right. They got the weather. No, they don’t have the weather, but it is a beautiful city. But what else?

Sloan: There’s the health care, which is paid for by the government and their immigration system — without getting into an argument — is more friendly, I think, to techies then the United States. And as a bonus, they don’t have a prime minister threatening to cut down on immigration and scaring people who might be afraid to come to the country.

Brancaccio: Well let’s rest on that point for just a second, because if you’re the innovative tech company that Amazon is — I mean, they do cloud storage. They’re a media company. There are so many different things beyond even retail. They want to attract the best talent from North America and beyond.

Sloan: And if you look at the West Coast and you look at all the areas of technology, you see people who were born somewhere other than the United States and came here and have done great. Both as founders and as employees.

Brancaccio: Unfortunately, you’re wrong. You know what’s going to when win? You and I both live in Essex County, New Jersey  — home of Newark , New Jersey that’s in the running. There are $7 billion in incentives apparently offered to Amazon if they come our way.

Sloan: Well, I can tell you why Newark won’t win. Because if Newark won, it would greatly increase the value of your house and the value of my house, and we’d really make out. And we both know that isn’t allowed to happen.

Brancaccio: That’s not how the universe works.