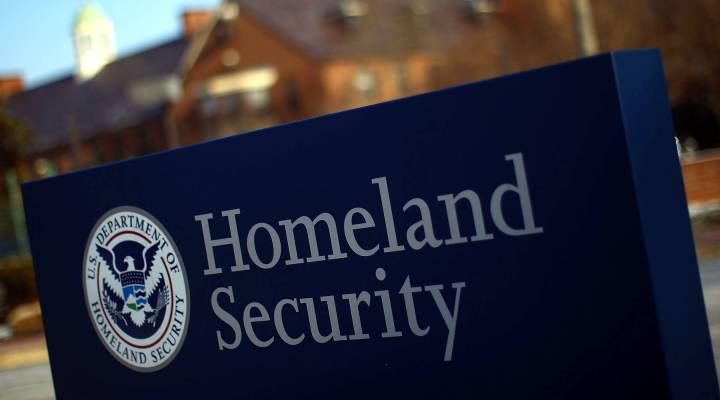 E-Verify is an online service that allows employers to check that new hires are authorized to work in the U.S. Just put in an I-9 Employment Eligibility Verification form and get a result in a few seconds. Sounds great, right?

The White House and congressional Republicans seem to think so. It appeared on early immigration deal proposals from the White House and in a bill making its way through the House. The Department of Homeland Security says over 700,000 employers use it, and they ran 10.5 million checks so far this fiscal year, but the program is not without its issues, so we brought in Alex Nowrasteh, an immigration policy analyst at the CATO Institute, and Julia Gelatt, a senior policy analyst at the Migration Policy Institute, to talk us through it.

Well, there’s some debate about that. DHS points to high customer satisfaction ratings, but that’s not exactly the same thing.

“So E-Verify really is sold as sort of a silver bullet that will work 100 percent the time, but it’s simply not true,” Nowrasteh said.

An audit from a few years ago by the firm Westat found the system only identified undocumented immigrants about half the time, Nowrasteh said. Then there are the “false negatives”; less than 1 percent of unauthorized workers were identified as unauthorized. Those cases are fairly easy to work out, he said, but in the meantime, it might hurt that worker’s job prospects.

Are there other drawbacks?

Undocumented immigrants who don’t pass E-Verify checks, or don’t apply for jobs with E-Verify in the first place might be driven to less scrupulous employers. That has ripple effects throughout the labor force, Galett said.

“This can push unauthorized immigrant workers underground into more vulnerable positions, which can also undermine wages and working conditions for U.S. workers as well,” she said.

Are employers required to use it?

It’s illegal to hire people unauthorized to work, but E-Verify itself is voluntary in most states. Businesses with a record of hiring unauthorized immigrants are required to use it, as are federal contractors.

Whether businesses actually use it is another matter. Nowrasteh compared statewide hiring data with E-Verify checks and found use was far from universal. Arizona, which requires E-Verify for most hires, peaked at 74 percent use in 2015. In Mississippi and Alabama, less than half of hires saw E-Verify checks, Nowrasteh said.

What do businesses think of E-Verify?

It largely depends on the industry they’re in and how many resources they have. Agriculture is particularly wary of the program, Gelatt said.

“They feel very concerned that this would cut off their access to workers,” she said. “That if they’re mandated to use E-Verify, they want to see some kind of trade where they get a legalization program for their current workers, or they have easier access to temporary workers.”

Larger employers have an easier time adopting the program since they have well-staffed human resources departments, Nowrasteh said. Smaller employers are at a disadvantage, he said, and most businesses have gone from opposing the program to wanting a level playing field with similar requirements for every state or employer.

What happens if employers using E-Verify end up hiring an unauthorized worker? Are they liable?

Some states have “safe-harbor” provisions that protect employers if they show they used E-Verify in good faith but still hired an unauthorized worker, but not all E-Verify mandates come with that protection. That could give employers a disincentive to hire certain workers just because they don’t want to get in trouble if the system fails, Nowrasteh said. It’s happened before, when I-9 forms became required in 1986.

“Government reports in the years after that found that Hispanic workers who were legal in the U.S. had a much harder time finding jobs and saw small wage declines,” he said. “Employers didn’t want to take the risk, so as a result they didn’t usually interview them as much, and they didn’t even enter that process with them.”