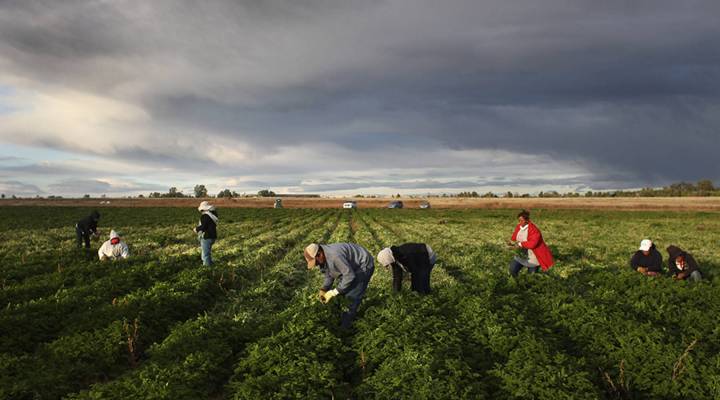 Immigration is a hot-button topic; everyone has an opinion. Politics aside, much of how people feel about U.S. immigration policy depends on how the policy could affect that person individually. And if your business depends on access to a migrant work force, you’re deeply concerned about how many people are granted work visas and right-to-work status.

Sen. Claire McCaskill, (D-Mo.) thinks one solution to the immigration debate is requiring all employers to use a government website to check the status of job applicants. She has sponsored a bill called the E-Verify System Act of 2018 that would do just that.

In terms of cost, the federal government said the E-Verify program enacted budget for 2018 is $131.5 million. Cost to the farmer?

“E-Verify is a free service, though there may be employer costs incurred in administering the program,” said a United States Citizenship and Immigration Services spokesperson. “As U.S. employers – by law – are prohibited from knowingly hiring or continuing to employ foreign nationals who are not authorized to work, E-Verify is a smart, simple and effective tool that reflects our continued commitment to working with employers to maintain a legal workforce.”

Some in the industries that will be directly affected have their doubts about the feasibility of the system’s implementation.

David Volleman is dairy manager of Wildcat Dairy in Gustine, Texas, a small town over two-hours southwest of Dallas. His family moved here 25 years ago from Luxembourg when he was three.

“We are immigrants, ourselves. And we’ve gone through all the steps: permanent resident, and then got our citizenship. It took a long time. And the short story of why we moved here is opportunity. I have three brothers and my parents wanted an opportunity so we could all be part of the family business if we wanted.”

Now, Volleman said, one of the hardest parts of his job is finding workers.

“We do the same thing all year round. There is very little seasonality to the dairy industry itself, so visa programs that are for seasonal labor don’t work for us. Over the years, it’s gotten harder and harder to find workers. Ten years ago, you would have somebody come and apply at your farm every couple of days. That’s not the case today. We advertise on the local radio stations and on Facebook and it’s very difficult to get people who want to work rain or shine, outside in a dirty environment.”

Volleman said he has some 60 employees, some have worked at Wildcat Dairy for 15 years, but he’s constantly on the lookout for solid ranch hands. He said all of his workers have proper documentation, as far as he knows.

Volleman is chairman of the Texas Association of Dairymen, a trade group. He said he and many of the 380-plus members believe requiring farmers to run everything through E-Verify would make hiring even more difficult.

Another industry that is sure to be affected by any federal E-Verify law is construction. Stan Marek is CEO of Marek Businesses in Houston. He’s in favor of a complete rethinking of the immigration system in the U.S.

“You know everybody’s talking about visas, bring in workers from Mexico, but we have 11 million people here, why bring any more in until we assimilate these folks into our economy? There are plenty of workers out there that I could hire if they had a social security number and an ID. ” Marek continued “The construction industry in Texas is over 50 percent undocumented. What we need to do is a very simple solution: ID and tax. Anyone who can pass a background check, that’s been here five years, even ten years, if they can pass the background check and go to work for an employer who pays and matches taxes, then give them a permit to work. Not citizenship, not the ability to get food stamps or any type of welfare, but just the right to work.”

Otherwise, said Marek, everyone in the construction business will use third-party, labor brokers to get workers. That way the construction company doesn’t have legal responsibility to ensure the documents are legit. That also means that workers won’t be offered healthcare, retirement or other benefits that full-time employees get. Marek doesn’t believe an e-verification law, on its own, will do much to ensure employees in the construction trade are in the U.S. legally.

“If we enact an e-verification bill without doing something about the people who are here, all we’re going to do is force people to use labor brokers, independent subcontractors, anything but have employees. Nobody’s going to have employees if this thing continues. It’s the gig economy. It’s the new hot term. Well, construction companies, all we are are our employees. But if someone doesn’t have the responsibility to a) train the people; b) make them safe; and c) be sure their taxes are paid, then what do you got? You just have a country that’s, basically, dysfunctional.”

Marek said he voted Republican for most of his adult life but now he’s an independent, simply because of the way he feels about immigration.